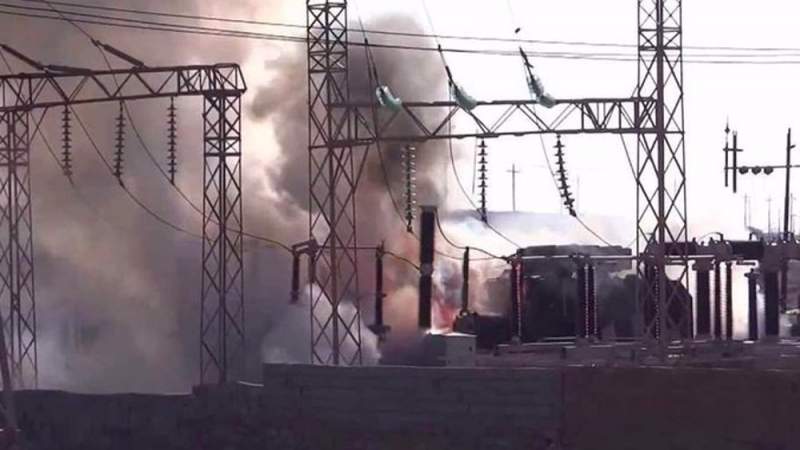 US warplanes attacked three targets allegedly belonging to Iraqi resistance groups along the border between Iraq and Syria at around 6 pm Eastern Time Sunday in the early hours of Monday in the region.

According to Sabereen News, four Iraqi fighters were killed in the attack on the headquarters of the 14th Brigade of Popular Mobilization Forces, better known as  Hashd al-Sha'abi.

In a statement issued on Monday, the Iraqi resistance factions pledged to “avenge the blood of our righteous martyrs and wreak vengeance on the perpetrators of this heinous crime”. They also warned the US against repeating its aggression.

Earlier in the day, Kata’ib Sayyid al-Shuhada group, which operates under the command of Hashd al-Sha’abi, warned of severe retaliation.

“From now on, we will enter an open war with the American occupation. The first of which is targeting its hostile aircraft in the sky over our beloved Iraq,” the group said.

The group stressed that the US bases in Iraq are “within the range of our missiles and we would avenge the blood of our martyrs”.

Ahmed al-Maksousi, the commander of the 14th Brigade of Hashd al-Sha'abi, has stressed that the brigade is “fully prepared” to respond to the US airstrikes.

Pentagon Press Secretary John Kirby said the “precision airstrikes” had hit two locations in Syria and another in Iraq near the border.

He said the attacks had taken place "at President Biden's direction,” alleging that they hit “facilities” used by “multiple” groups. The spokesman specified two of the groups as “Kata'ib Hezbollah and Kata'ib Sayyid al-Shuhada.”

The targets had been selected because the alleged facilities were used by groups “that are engaged in unmanned aerial vehicle (UAV) attacks against US personnel and facilities in Iraq,” he said.