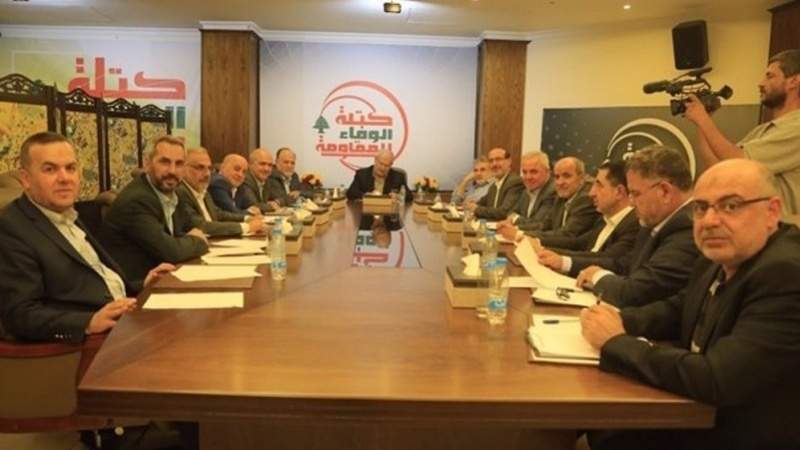 News-Middle East: A Lebanese parliamentary bloc says Iran's fuel shipments to Lebanon exposed the true faces of all those who counted on benefiting from the US economic siege against Lebanon.

“The news of Iranian fuel tankers sailing toward Lebanon exposed the true faces of all those who counted on benefiting from the US economic siege against Lebanon, its people and its government, with the aim of subjugating and dominating the management of the country’s affairs and control of its policies,” the Loyalty to the Resistance Bloc said in a statement.

Fuel shortages in Lebanon have forced businesses and government offices to close, threatening to cause blackouts at hospitals and halt transportation and other vital sectors in the Arab country.

The plan to buy Iranian fuel, announced by Hezbollah Secretary-General Sayyed Hassan Nasrallah on August 19, marked a watershed in foiling the US sanctions, which have severely affected both countries.

Nasrallah warned the US and Israel that Hezbollah would consider the tanker and next Iranian ships as “Lebanese territory” from the moment they sail. He later stressed that the Lebanese resistance group did not have any political aspirations by importing fuel from Iran.

The first ship containing Iranian fuel entered Syria’s territorial waters last week to unload its cargo, expected to be then transferred to Lebanon via tankers. Informed sources said that two other Iranian ships will also deliver their cargo to Lebanon through the same mechanism.

The Lebanese bloc said the insistence of Nasrallah on helping the Lebanese people forced the Americans to rush through measures to maintain a say in the country’s affairs.

It noted that the resistance has clearly revealed to the Lebanese people the fragility of the American siege against the Mediterranean country and the so-called “Caesar Act” sanctions imposed by the US against Syria.

“It has also become clear that the stifling economic crisis that the Lebanese have suffered from would not have been exacerbated had it not been for the American policy of blackmail to exploit the pain and anguish of the Lebanese in order to make them surrender and dictate its policies to them,” the bloc added.