Sana'a the Strongest, Saudi-led War Coming to an End 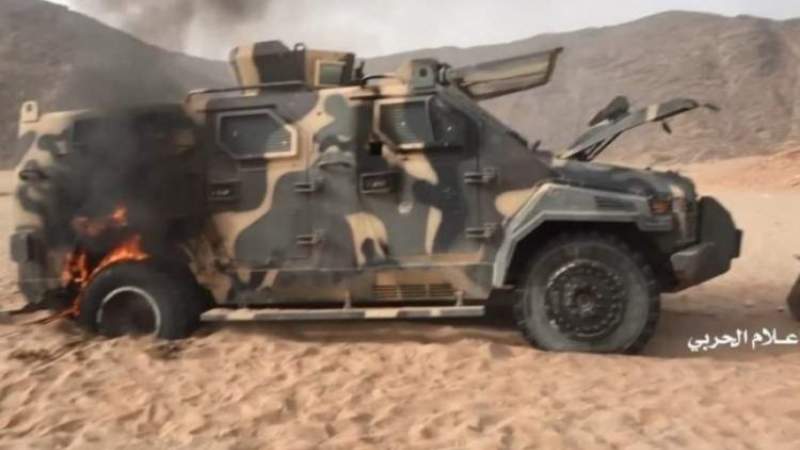 The institute stressed that over the years, governments and analysts underestimated the capabilities of the army and the people's committees, despite the fact that the army and the committees are fighting a number of coalition countries equipped with the highest modern military capabilities. What proves the involvement of Saudi Arabia in miscalculation since it decided to launch “Operation Decisive Storm” in March 2015.

The institute  stated that what was supposed to be a quick success against a “weak” and ill-equipped enemy, but it turned into a quagmire that lasted 6 years. Instead of defeating the Yemeni army, the war waged by Saudi Arabia prompted them to develop into a more efficient fighting force and the war is fast approaching the end.

The institute  stated that during most of the past three months, the Army and the Popular Committees seized the lands that were under the control of the resigned pro-aggression government, which is backed by the US-Saudi aggression, while the army, the committees and their allies from the tribesmen consolidated their control over the greater part of Al-Baidha governorate and southern Ma'rib.

Meanwhile, the Army and Popular Committees liberated areas in the neighboring gas-rich Shabwa governorate. They controlled most of the highlands around the city of Marib, which is the de facto capital of the forces of the resigned Hadi government backed by Riyadh.

The institute added that the Yemeni missile force had succeeded on September 23 in targeting the Khishna military base with missiles, which is the last camp of US-Saudi forces in northern Yemen and is located near the oil-rich city of Marib, and was able to control it following a ground missile attack on September 26.

In August, the Yemeni Air Force targeted Abha airport in the Saudi region of Asir.

On September 4, the US air force launched a missile attack on a target in the oil-rich Eastern Province of Saudi Arabia.
The missile, which the Saudis claim to have intercepted, has traveled more than 1,000 kilometers from its launch site inside northern Yemen. These attacks, along with recent attacks on targets in Marib, show that the Yemeni Air Force continues to develop more accurate and longer-range missiles and drones.

The institute considered that the drones and missiles manufactured by the Yemeni Air Force are low in cost compared to what Saudi Arabia is forced to spend on air defense.

These costs and the inevitable failed intercepts will only increase as the Yemeni military develops more sophisticated drones and missiles. The institute added that the military acumen of the army and committees made them the most deterring political and military force in Yemen.

Their main opponent, pro-aggression government and the loose coalition of tribal and political groups that support it, have struggled to defeat the army and the committees on the battlefields around Marib and elsewhere even though many of these groups are well funded, equipped, and trained by Saudi Arabia, which also provides close air support.

Now, however, the end game is near for pro-aggression government, with the Yemeni army negotiating, according to their strategy, with the tribes as they continue to move forward militarily.

Liberating Marib Is ‘Worst-Case Scenario’ for Riyadh, Washington, Israel Enemy
Yemen About us A Story In Picture