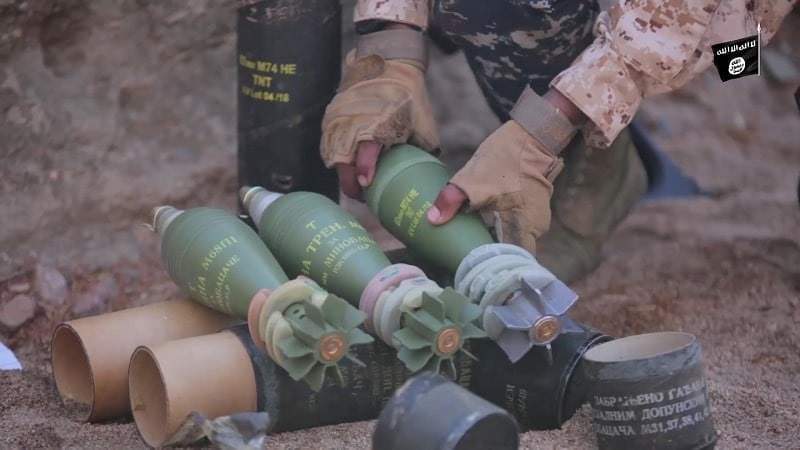 News – Middle East: International reports revealed a resounding scandal involving Saudi princes, through private companies affiliated with them, in arms deals that reached from Serbia to the takfiri organization Daesh in Yemen.

The report indicated that on September 1, 2020, Salman bin Abdulaziz issued a royal order relieving Fahd bin Turki bin Abdulaziz from his position as commander of the coalition forces in Yemen, in a Saudi attempt to evade the international scandal and blame Fahd bin Turki and a number of officers.

Among the names in the royal order were four Saudis in the Saudi Ministry of Defense, including Muhammad bin Abdul Karim Al-Hassan and Youssef bin Rakan bin Hindi Al-Otaibi.

The name Al-Hassan and Al-Otaibi appeared with an American contractor named William Michael Somerendyke, and another Canadian, born in Tripoli in Lebanon, named Shadi Shaarani in leaked documents obtained by the International Center for Investigative Journalists (ICIJ), and shared in a project called “Pandora Papers.”

The documents indicate that Al-Hassan was registered as a manager of Larkmont Holdings Limited in the “British Virgin Islands” on December 13, 2016, less than one year after the coalition of aggression launched the war on Yemen.

One of the company’s activities was the purchase of weapons from the Serbian “GIM” company, owned by the father of the Serbian Defense Minister, Nebojsa Stefanovic, but a group of these weapons reached the hands of the terrorist “Daesh” organization in Yemen.

The documents also indicate that Al-Hassan, when he registered as a director of Larkmont Holdings Limited, registered an address for him, which, upon verification, turned out to be the address of a Saudi military company called "Rinad Al Jazeera LLC", headquartered in Riyadh. The company's website was suspended during the investigation period.

A document from Larkmont Holdings Limited issued on March 1, 2017, stated that Al-Hassan was “authorized to represent the company in all ways with the Ministry of Defense of the Kingdom of Saudi Arabia.”

Through intermediary companies and American contractors, Saudi Arabia bought Serbian weapons, which later showed that they had reached the hands of ISIS in Yemen from the Saudi side.
Al-Hassan was not the only Saudi who was included in the Saudi King’s decision to investigate suspicions of corruption, and we found that he had established “offshore” companies linked to arms contracts in the Yemen war.

Another name is Yousef bin Rakan bin Hindi Al-Otaibi, who runs Milvards, which is co-managed by Larkmont Holdings Limited, and was incorporated on June 23, 2017, six months after Larkmont was founded. The company's registration data does not show the identity of its owner.

The purchase of weapons was through intermediary companies and American contractors, and on the Saudi side was the "Larkemont" company and "Renad Al-Jazeera" company, and on the Serbian side was the GIM company.

Pictures taken from video files published by ISIS from Al-Bayda province show pictures of Serbian weapons that were among the deals purchased by the Saudi Ministry of Defense from the Serbian "Krusik" factory.

The images show mortar shells, their identification marks are clear, through the part number, compared to the purchase contracts signed by Saudi Arabia through the GIM intermediary company with the Serbian “Krusik” factory, where the letters KV indicate that these mortars were manufactured in the Serbian arms factory (K stands for Krusik). The V stands for Valjevo, the city where the factory is located), and the numbers (04/18) indicate that the mortar is batch 4 produced in 2018.

The documents also reveal that the Saudi Ministry of Defense assigned contractors, whose addresses are in the United Arab Emirates, but whose nationalities were distributed among Romania, America, Saudi Arabia and Bulgaria, to purchase and transport Serbian weapons that it had purchased.