Unidentified Bodies Secretly Buried in Aden, While Citizens Look for Loved Ones 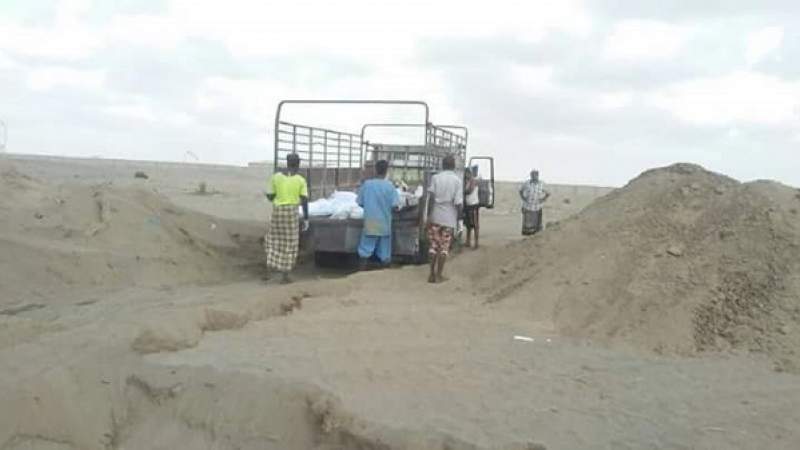 Yemen:    The crime of killing the traveler “Al-Sanbani” surfaced, exposing dozens of most heinous crimes against the people of the northern governorates in the city of Aden and the areas under the control of the UAE-back Southern Transitional militias.

Pushing the racist and regional war between Yemenis is a primary hostile strategy that Saudi Arabia and the UAE are working on intensively to ease controlling Yemen’s government and all ports, sea ports and islands.
Al-Sanbani’s crime was neither the first nor the last, as it was preceded by dozens of hidden crimes, followed by dozens of other known crimes. Most of these crimes were forgotten, not to mention the crimes practiced by criminal gangs against detainees and abductees from the simple and helpless workers.
During the past two years, the media and activists on social media did not stop reporting the news of finding killed unidentified bodies in separate areas in the city of Aden. It is only months until the Aden Appeal Prosecution announces that several unidentified bodies from separate hospitals will be buried in the nearest cemetery.
Last September, Al-Ayyam newspaper, affiliated with the Southern Transitional Council, revealed that the Public Prosecution Office in Aden decided to bury 10 unidentified bodies in one of the cemeteries. while the Public Prosecution office, on March 2, 2020, had done the same for 4 unidentified bodies from Al-Jamhouria Hospital, under the pretext of improving the environment and emptying the mortuaries of the corpses piled up for years.
People of the North Killed in Aden
On Monday evening, a Yemeni doctor from Taiz, “Atef Saif Muhammad Al-Harazi,” working for Doctors Without Borders, was shot dead by members of the “Transitional” militia, at one of the militia’s military check points in the Tur Al Baha area.
It was the same way and the same place where the traveler “Abdulmalik Al-Sanbani was killed.” What is worse than the crime is that in the two crimes the Southern Transitional Council’s hide the killers despite the wide media outcry against the two heinous crimes.
The citizen “Ali Al-Hayi”, sent to the “Yemen Press Agency” the news of the disappearance of 4 of his sons among 8 others working in the sale of qat in the Dar Saad district on October 16, 2020, and they are still under arrest until the moment in secret prisons in Aden.

Al-Hayi says: “Unknown people who were in a secret prison with my son “Abdullah” contacted me and told me that “Musleh Al-Dharhani,” the director of the prison, tortured my son severely and hung him, then beat him violently. He sprayed him with hot water and killed Abdullah”. His body was transported in a “Taxi” car, the witnesses told Abdullah’s father. No one knows where his body was buried.

While the fate of Abdullah's companions abductees is still unknown, according to Ali Al Hayy.
“Abdullah Al-Azraqi” a Yemeni resident returning from Saudi Arabia was kidnapped by a criminal gang affiliated with the Southern Transition after his arrival in Aden last year, they looted his money and beat him in a brutal manner until he died. Then they burned his car and his body was thrown on the coast of Aden.
The families of the victims were unable to obtain justice, to arrest the perpetrators and punish the killers of their sons, as the perpetrator represented the de-facto authorities in Aden.
Activists on social media are still detonating such crimes day after day, appealing to international and human rights organizations in the world to intervene to find a solution to these heinous crimes practiced by the UAE-backed "Southern Transitional" gangs against the citizens of the Northern provinces.
#US_Saudi_Aggression #Aden 21-10-09