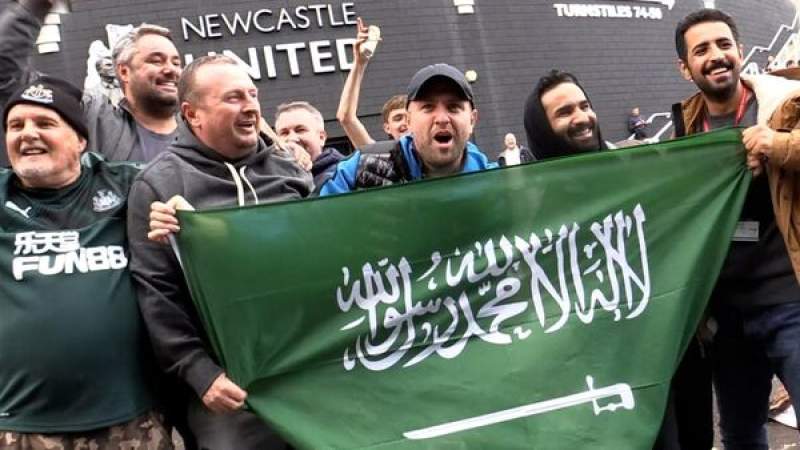 The PIF has taken an 80 per cent stake in the club, with Staveley’s PCP Capital Partners and RB Sports & Media having handed over £305million in exchange for the keys, it said.

The end of the [former club owner ] Mike Ashley era brought celebrations and controversy in equal measure as Newcastle’s new owners targeted trophies while human rights groups accused them of ‘sportswashing’ human rights abuses.
Thousands of fans who congregated outside St James’ Park will be drawing up fantasy wish-lists after Amanda Staveley, a driving force behind the takeover – vowed to transform the club into Champions League contenders.
But amid the genuine euphoria that Ashley’s unloved regime was finally over were concerns over the nature of the deal, which was belatedly rubber-stamped by the Premier League after it received legally-binding assurances that Saudi Arabia’s Public Investment Fund was not acting on behalf of the kingdom’s government.
News of the takeover was greeted with dismay by Amnesty International, who described it as “an extremely bitter blow for human rights defenders”.