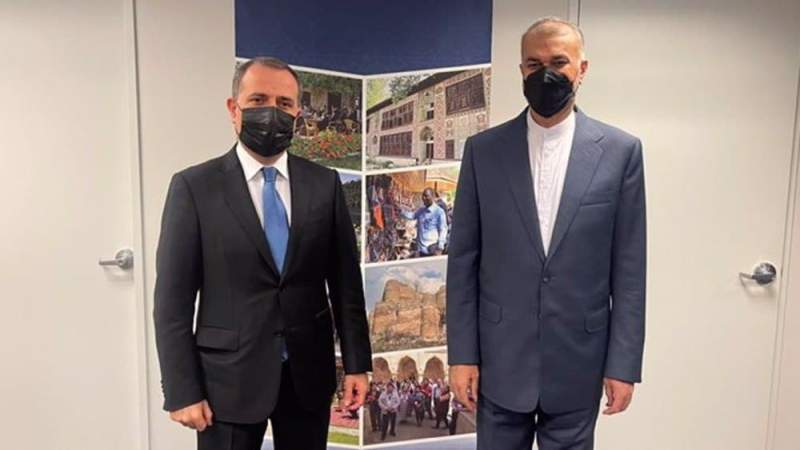 News - Middle East: Iranian Foreign Minister Hossein Amir-Abdollahian and his Azerbaijani counterpart have in a phone conversation stressed the need for the resolution of recent issues between Baku and Tehran through dialogue and cooperation.

In a phone call focusing on latest developments in bilateral ties on Tuesday, Amir-Abdollahian told Azerbaijan’s Foreign Minister Jehon Peramov that any concerns or issues between Tehran and Baku must be resolved through dialogue and cooperation, and also in a calm and friendly atmosphere.

The top Iranian diplomat stressed "the need for mutual respect, independence, sovereignty and integrity of the territories of both countries," adding that "Tehran and Baku have a long-standing relationship."

Amir-Abdullahian said the two countries must prevent misunderstandings in bilateral relations and that "it is better to continue their relations in the right and rapidly growing direction."

Pointing to the depth of relations between the two countries, the Iranian foreign minister said Tehran is “waiting for an end to the problem of Iranian truck transportation” bound for Armenia through Azerbaijani territory.

“The two countries have enemies that should not be given an opportunity to strain relations between them,” Amir-Abdullahian said, underlining the need for “removing anxiety through dialogue and cooperation.”