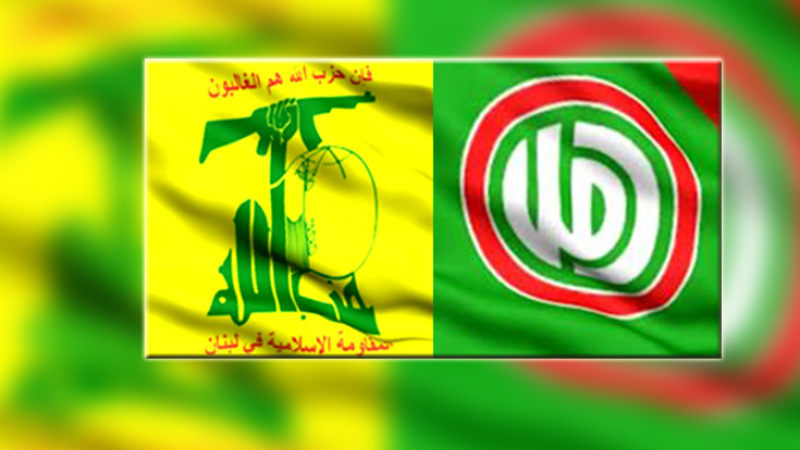 The statement clarified that the “Lebanese Forces” snipers resorted to the roofs of the buildings and the close neighborhoods to carry out their attacks on the protestors who were peacefully demonstrating off the Justice Palace against the politicization of the Beirut blast probe.

Hezbollah and Amal Movement called on the Army and security forces to assume their responsibilities by arresting the culprits whose identities are well-known.

The statement also called for arresting the instigators who administered the operation from their dark chambers and inflicting the severest penalties on them.

Hezbollah and Amal Movement hailed the protestors for participating in the peaceful demonstration, offering deep condolences to the families of the martyrs and vowing to pursue their case until justice is served.

Six martyrs and around 30 injured were reported during the armed attack carried out by the “Lebanese Forces” gunmen on the peaceful protestors in Tayouneh area.