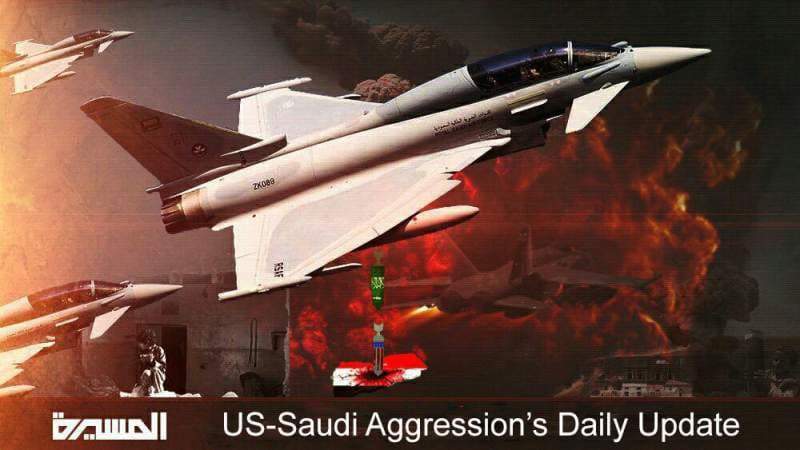 News - Yemen: The US-Saudi aggression and its mercenaries on Wednesday continued to bomb a number of provinces injuring civilians. The mercenaries fighting with Saudi forces in the west coast violated the Stockholm Agreement in Hodeidah with a number of attacks.

In Sa'adah, Three citizens and an African immigrant were injured by US-Saudi aggression in Al-Raqo area of Munabbih district.

In Marib, the US-Saudi aggression launched 20 raids on Sirwah district, and five raids on Al-Juba district.

The Liaison and Coordination Officers’ Operations Room, which monitors violations of the Stockholm Agreement and Ceasefire in Hodeidah, reported 131 violations staged by US-Saudi forces and mercenaries during the past 24 hours.A source in Operations Room pointed out that the violations included six raids by spy planes on Al-Jabaliya, and an attempt to infiltrate in Hays was thwarted, the flight of 18 warplanes in the airspace of Al-Faza'a, Al-Jabaliya, Hays, Al-Jah and Al-Tuhayta, In addition 40 spy drones over several districts,They staged 23 attacks artillery shells, and 42 attackes with live bullets.