The World Celebrates Children’s Day While 43% of Yemeni Newborns Die Due to US-Saudi Aggression, Siege 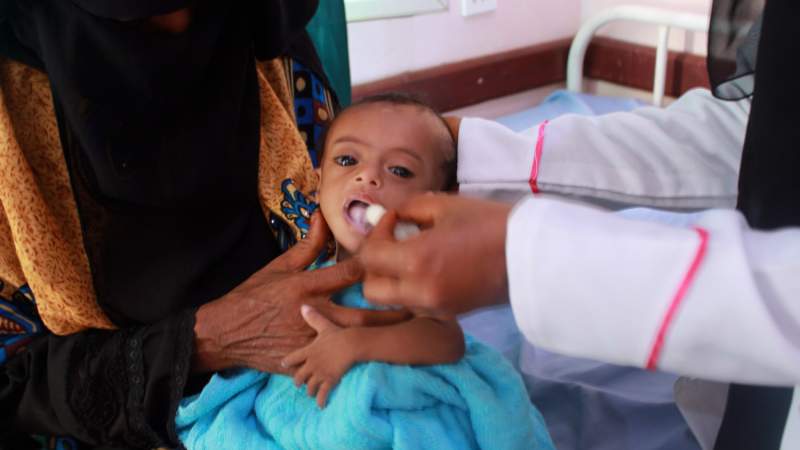 News Yemen: Prime Minister Dr. Abdulaziz bin Habtoor affirmed Saturday that Yemen is subjected to brutal US-Saudi aggression and siege, which negatively affected children in particular, stressing that the Yemeni children were the first victim from the first minute of this aggression.

During an official event held by the Supreme Council in Sana’a, to mark the World Children’s Day, Bin Habtoor said: We remind the world of their responsibilities before these children who hundreds of them die daily in a systematic targeting of childhood through direct US-Saudi airstrikes and siege.

For his part, Acting Minister of Human Rights Ali al-Dailami said: for nearly eight years of the aggression and siege, those humanitarian organizations, led by the United Nations, have not fulfilled their duty to protect Yemenis, especially children.

Al-Dailami added: The situation of Yemeni children is very difficult, and there are millions of children who suffer the siege and the aggression which affected their bodies and psyches.

In turn, the Undersecretary of the Ministry of Health, Dr. Naguib Al-Qubati, said that more than 300 children under the age of five years die daily as a result of the aggression and the siege and their catastrophic consequences.

“43% of premature babies and newborns die due to the scarcity of capabilities and the lack of nurseries and other medical devices,” he added.