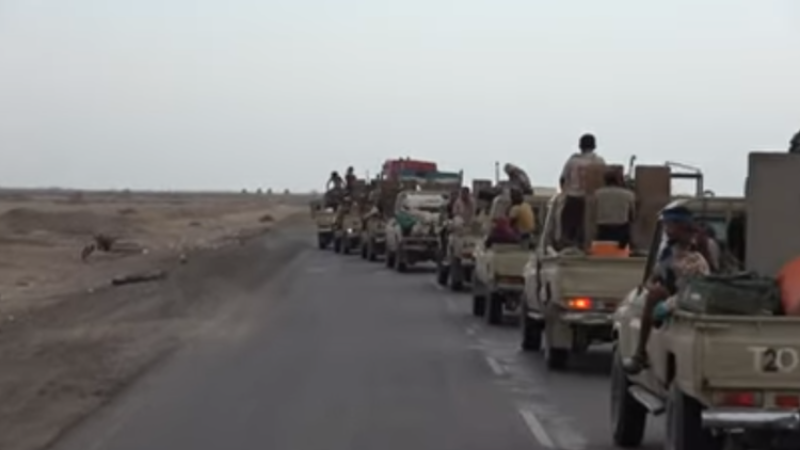 Yemen: The former US Assistant Secretary of State for Middle Eastern Affairs, David Schenker, recently admitted that the Yemeni Army and the Popular Committees "are on the verge of liberating the city of Marib."

Schenker justified his fear of the liberation of Marib, because they (the Yemeni Army and the Popular Committees) 'if they control the energy center in Yemen, they will have actually won the war,' and this is 'the worst-case scenario that could happen for Riyadh, Washington and the Yemeni people,' as he claimed.

It has become clear that Saudi Arabia is not the one who runs the war, or has the decision to stop or continue it. Saudi Arabia has to cover politically and financially this war. As for its consequences, they are issues that do not fall within its jurisdiction. There are international bodies that ‘command’ the war, led by the United States and Israel.

This fact was revealed a few days ago by the “Israeli” newspaper, “The Jerusalem Post”, which confirmed remarkably that the battle of Marib is the battle of “Israel”.

It wrote that Marib is located several hundred kilometers from the Saudi border, but if Ansarullah seized the city, it would be a “symbolic defeat” for Saudi Arabia. Ansarullah considers “clearly they believe their battle against Saudi Arabia is part of their overall war on Israel and the US. Marib is merely a stepping stone”.

Riyadh faces a regional array of threats extending thousands of kilometers from Yemen across the Gulf of Oman to Kuwait, and through Iraq and Al-Bukamal towards Syria to Lebanon... Israel also sees this arc of threats as a source of serious concern, the newspaper added.

Of course, the “threats” referred to by the “Israeli” newspaper, if they actually exist, are not directed at Saudi Arabia, unless the Al Saud regime considers itself an extension of “Israel,” or that it is a functional regime whose mission is to defend “Israel” against “the dangers that threaten this entity,” at the expense of the interests of Saudi Arabia and the Saudi people.

Libration of All Marib

In this regard, the Governor of Marib Ali Muhammad Taiman confirmed the continuation of the operations of the Armed Forces and the popular Committees until the complete libaration of the Marib governorate from the US-Saudi invaders and mercenaries.

The victories achieved by the heroes of the Army and the Popular Committees in the liberation of vast areas and access to the borders of the city of Marib confirm their insistence to liberate all the Yemen land.
Yemeni Air Defense Force
As we have said, what exacerbates these ‘dark scenarios’ in the face of Schenker and in the face of the US special envoy to Yemen, "Tim Lenderking'', who visited Aden for the first time last week, is the speed of the successive developments in the country in confronting the US-Saudi aggression against Yemen.
Yemeni Air Defenses of Army and Popular Committees intercepted and shot down six US-made  ScanEagle combat drones run by the US-Saudi aggression in Marib province during this year.
The reconnaissance aircraft, whose full name is the Boeing Insitu ScanEagle, is a small, long-endurance, and low-altitude drone built by Insitu, a subsidiary of the American Boeing Company, with an estimated worth of  $11.25 million.
ScanEagle has a range of 1,500km and an endurance of more than 28 hours. The air vehicle can operate at speeds between 80km/h and 126km/h and the cruise speed is 90km/h in level flight. The vehicle achieves a maximum rate of climb of 150m/min to a maximum altitude of 4,880m or 16,000ft.
#Marib #US_Saudi_Aggression #Israeli_Enemy # 21-11-21