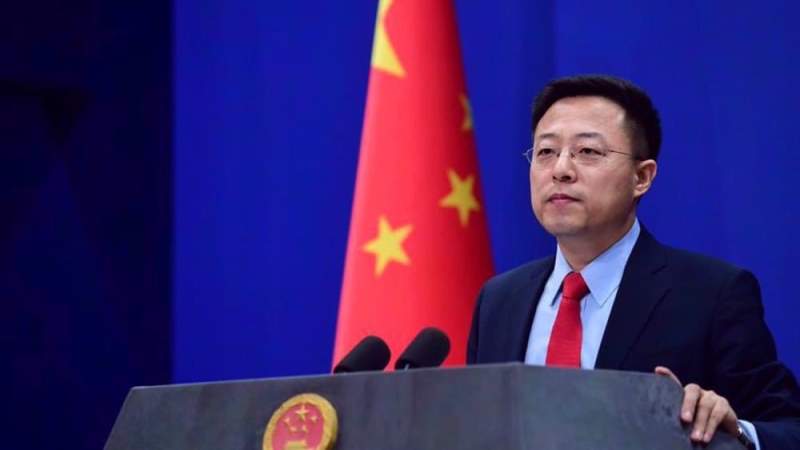 News - World: China says the Australia-UK-US security deal known as AUKUS, which helps Australia get its first nuclear-powered submarine, poses a threat to the regional peace and global security.

Chinese Foreign Ministry spokesperson Zhao Lijian during a press briefing in Beijing on Wednesday called on the countries in the partnership to "abandon their Cold War zero-sum mentality."

"The nuclear submarine cooperation is not merely a matter between a small number of countries. It does not harm the interests of one party alone. This cooperation may cause negative consequences and pose threats to the entire region and the world."

"The international community generally believes that the United States, United Kingdom, and Australia should abandon their Cold War zero-sum mentality and narrow-minded geopolitical concepts, conform to the trend of the times of peace and development, and stop creating small circles and small groups."

Washington, London and Canberra presented the partnership deal, instantly drawing condemnation from France – a NATO ally – as well as China and Russia.

The alliance sparked a crisis of trust among Western allies, after Australia abruptly canceled its 2016 contract to buy French submarines, and instead opted for US nuclear-powered submarines as part of the alliance.

Under AUKUS, the three countries have agreed to enhance the development of joint capabilities and technology sharing and foster deeper integration of security and defense-related science, technology, industrial bases, and supply chains.

The move, which Paris slammed as a “stab in the back," sparked outrage in France and prompted Elysee Palace to recall its ambassadors from Washington and Canberra.

The partnership agreement has been viewed as an effort to counter China, which called it “extremely irresponsible.” The AUKUS alliance has also sparked concern in other parts of the world, with many countries warning that the trilateral pact could lead to a situation very similar to the US-Russian arms race during the Cold War.

Elsewhere in his remarks, the Chinese official also appealed the US-led countries to work towards safeguarding regional peace and stability and fulfill their non-proliferation obligations. "Relevant countries should earnestly fulfill their international nuclear non-proliferation obligations, safeguard the overall situation of regional peace and stability, revoke relevant erroneous decisions, and give the international community a responsible account."

In September, Iran’s permanent ambassador to Vienna-based international organizations lashed out at the US and UK for adopting nuclear double standards amid a decision to help Australia get its first nuclear-powered submarine.