Tel Aviv Will Be Bombed in Case of Assassinations: Islamic Jihad Warns Israel 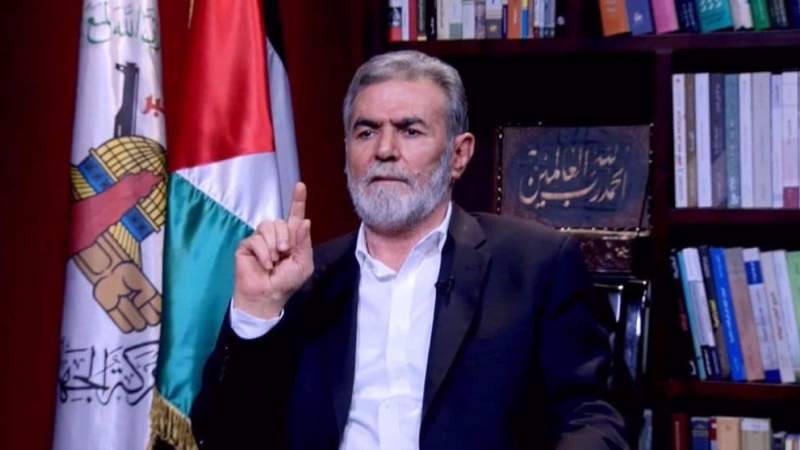 News - Middle East - Palestine: Islamic Jihad has waned Israel that Tel Aviv will be bombarded if the occupying regime assassinates members of the Palestinian resistance movement.

Islamic Jihad leader Ziyad al-Nakhalah vowed Wednesday to continue the path pursued by Baha Abu al-Ata, a senior commander of the Gaza-based group’s military wing – the al-Quds Brigades – who was assassinated in an Israeli airstrike on the besieged Gaza Strip two years ago.

“We do not rule out the possibility of assassination or targeting of commanders and members of the Islamic Jihad movement, and our reaction is the immediate bombardment of Tel Aviv,” Lebanon’s al-Mayadeen TV channel quoted him as saying.

Abu al-Ata and his wife were killed in an Israeli airstrike targeting their home in the Gaza Strip on November 12, 2019. The raid also wounded four of their children and a neighbor, triggering clashes between Israeli forces and Gaza-based resistance fighters.

According to Islamic Jihad, Abu al-Ata played a major role in carrying out operations against Israel.

Elsewhere in his remarks, Nakhalah said the recent retaliatory operation, carried out by Sheikh Fadi Abu Shkhaydam, in the Old City of al-Quds, was a “lesson” for the occupying entity and its mercenaries.

On Sunday, Israeli troops fatally shot Abu Shkhaydam, a leader of the Palestinian Hamas resistance movement, near one of the entrances to the al-Aqsa Mosque compound.

Israeli media outlets reported that the victim had opened fire at Israelis by a Beretta M12 submachine gun before being shot dead at the scene.

Hamas said the retaliatory attack was the “price” for Israel’s actions in occupied al-Quds, adding, “The message of the heroic operation is a warning for the criminal enemy and its government to stop the attacks on our land and our holy sites. [Israel] will pay a price for the iniquities it commits against al-Aqsa Mosque, Silwan, Sheikh Jarrah and elsewhere.”

Nakhalah predicted that the Zionist regime was unlikely to wage an attack on the besieged Gaza Strip because of its consequences.

"The resistance is ready to respond to any Israeli act of aggression. We can target all Zionist settlements simultaneously," he said.

The Islamic Jihad leader further stressed that the resistance in Gaza had strengthened its weapons and military capabilities following the 11-day Israeli war in May.

The resistance, he said, manufactures unmanned aerial vehicles (UAVs) inside the Gaza Strip.

Nakhalah also said that Iran defends the Palestinian cause and considers Israel an enemy, and that such position will never change.