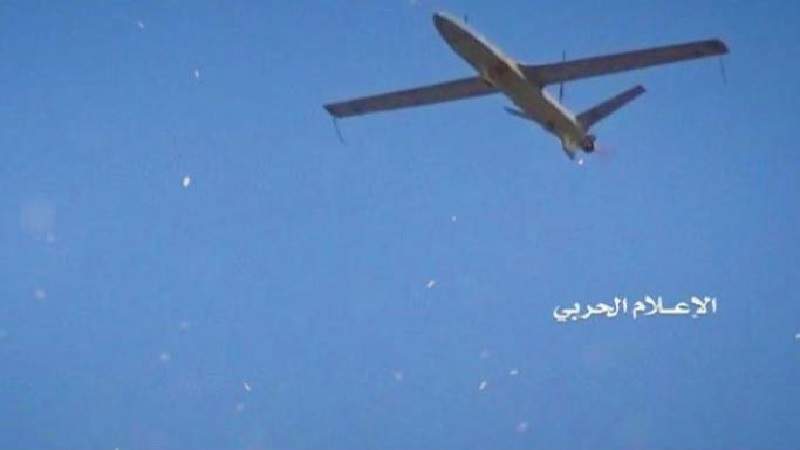 Yemen:    Many questions arise about the upcoming military operations of the Yemeni Armed Forces against the US-Saudi aggression and whether they will be the same as their predecessors, or will they change the future of the battle.

The 8th Balanced Deterrence Operation proved to be more painful for the Saudi regime,  and more annoying for the Emirati regime.
The operation was carried out with 14 drones, including "Sammad-3" and "Qasef 2k", and targeted a number of military and vital targets in Riyadh, Jeddah, and military targets in Abha, Jizan and Najran.
The latest operation came in response to a continuous escalation of US-Saudi aggression, whether on the battlefronts, or on the political side, and the continuation of the siege on our country.
In an exclusive statement to Almasirah newspaper, the spokesman for the anti-aggression political parties, Aref Al-Amiri, said: The Yemeni Armed Forces has confirmed, through deterrence operations, that the fields of honor, dignity, freedom and independence are the product of the directives and wisdom of the revolutionary leadership represented by Sayyed Abdulmalik Al-Houthi and the skill of the political and military leadership in their implementation.
Al-Amiri added that the September 21 revolution proved to be the real revolution for salvation from external tutelage and to achieve sovereignty. He stressed that before the deterrence operations will not be the same as after, as economy, cultural awareness, societal cohesion and security were all developed in the face of challenges.
Al-Amiri asserts that the development of qualitative offensive and defensive weapons, continues in the strategy of balancing deterrence operations until the full goals of the revolution are achieved.
He confirmed the liberation and independence of Yemen, will lead to the liberation of the occupied Palestinian territories, as each process is more painful than its previous one, through which the heroes of the Army and the Popular Committees were able to liberate large areas.
The UAE to Be Targeted
The impressive success of this strategic operation coincided with the expansion of the area of   operations, in addition to the inclusion of the UAE among the upcoming military objectives, as confirmed by the Brigadier General Sare'e who stated that it is not immune from the strategic operations of our Armed Forces and the Air Force.
The writer and political analyst Wajdi Al-Sarari confirmed that there is an important and new point in the statement of the Armed Forces spokesman, Brigadier General Yahya Saree, and his announcement of the "last Operation", which is represented by his threat to target the UAE, which means that the UAE will be targeted by Sanaa forces' fire.
Al-Sarari affirmed in an exclusive statement to Almasirah newspaper that after the 8th Balanced Deterrence Operation, it will be a pivotal and sensitive point for the UAE and its mercenaries, especially after their recent escalation in the west coast and the participation of its warplanes in military operations on several fronts, despite its previous announcement to end its military intervention.
#US_Saudi_Aggression #UAE 21-12-02