Yemeni People Aroused in Time, Turning Yemen into a Cemetery for Enemies 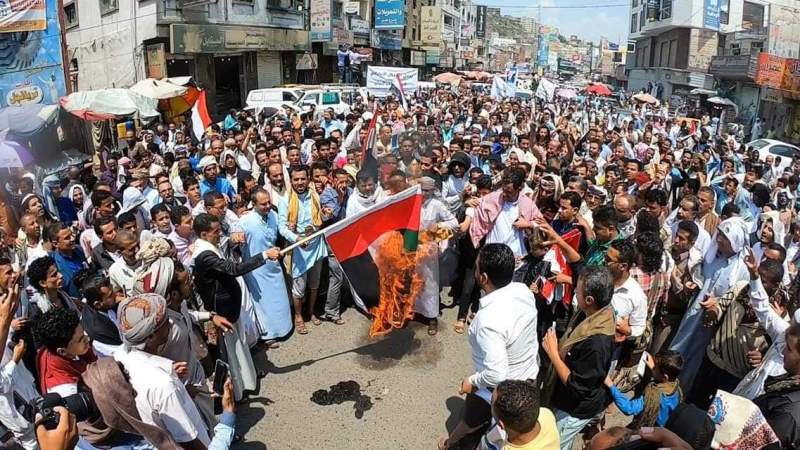 Yemen:   Throughout history, the Yemeni people fiercely resisted all the colonial countries that tried to occupy and subjugate their lands.

Today, after 54 years of independence and the expulsion of British colonialism from the south of the country, after an armed struggle that was characterized by heroism and courage, history is repeating itself and a strategic part of the country is subjected to occupation. However, this time the occupier speaks Arabic and from Arab and Islamic countries (Saudi Arabia and the Emirates) under names characterized by lies and deception.
Over the course of 7 years, these two countries have tampered with Yemen’s geography, history, economy and wealth. The UAE and Saudi Arabia have exploited the negative exceptional situation that Yemen is going through to reveal their true intentions towards the Yemeni people in its ports, coasts, wealth and distinguished geopolitical position, within an American-Western-Zionist blessing.
The Yemeni people are well aware of the great national dimensions of independence and the intensification of its national values, especially in light of the aggression, siege and occupation of part of its lands by Gulf hands and planning by the American-Zionist project. This colonial project does not target Yemen alone, but the security of the entire region and the present and future of its peoples in the service of colonial projects and securing the occupying Zionist entity.
Even if Saudi Arabia and the UAE are convinced that security has been established in Yemen and they have a foothold, this is considered a freed historical stupidity that indicates a lack of knowledge of the history of Yemen through various ages and the fact that the Yemeni people wakes up at the right moment and makes their land a graveyard for invaders.
#US_Saudi_Aggression #UAE 21-12-05