Even if Kordahi Resigns, the Saudi-Emirati Aggression against Yemen Remains "Futile" 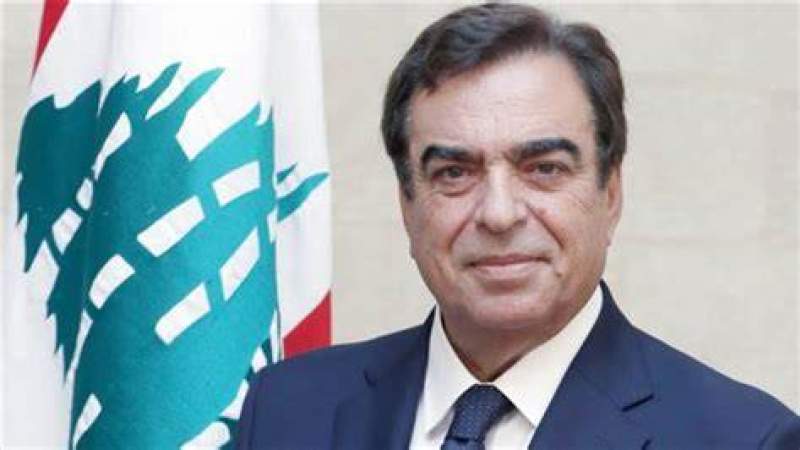 Yemen: The Lebanese Minister of Information, George Kordahi, preferred to resign, in the interest of his country and people, because he does not accept that he would be a cause of harm to the Lebanese in Saudi Arabia and the countries of the Persian Gulf Cooperation Council.

The Saudi Kingdom used his statements in which he described the war on Yemen as “Futile” as a pretext to sever diplomatic relations with Lebanon, and threaten the livelihood of the Lebanese working in Saudi Arabia and the Persian Gulf.

Minister Kordahi did not apologize for his statements, and the timing, manner and statement of his resignation succeeded in depriving Saudi Arabia of any opportunity to declare victory over Lebanon. Where the channel broadcast a comment in which it said: "In Breaking news, not very important, the Lebanese Minister of Information announced his resignation from the government!"
The crisis that Saudi Arabia provoked with Lebanon, which comes within the campaign led by the US and "Israeli enemy" against Hezbollah, revealed facts and lessons, some of which we must mention:
- It is not possible to buy ‘all people’ as mercenaries with money. There are millions of people like George Kordahi in the Arab world and in Lebanon in particular, who refuse to sell themselves for Saudi money.
The way Saudi Arabia dealt with Lebanon confirmed its condescending view of Lebanon; Either it is a follower of it, or it will starve.
- There is no model relationship in the world that can be compared with the relationship between Saudi Arabia and Lebanon. The Kingdom deals with Lebanon as if it were a country without sovereignty.
It kidnapped its prime minister, insulted him and forced him to resign from Riyadh, and did not release him except with French intervention, and it is remarkable that the world did not denounced this abnormal event, until things reached what they are today, where Saudi Arabia is punishing the entire Lebanese people, because of a statement made by a Lebanese citizen before he was appointed as an official.
- There is a cheap queue of Lebanese people, driven by oil dollars. Without it, Saudi Arabia would not have been able to impose its will on the Lebanese and manipulate their fate in this thuggish manner, and decide on their behalf, who should remain in the government and who should resign.
- Saudi policy in Lebanon is working directly and impulsively to serve the US-Israeli scheme. In fact, Saudi Arabia is not only competing with Israel in its hostility to Lebanon, but may exceed it.
- What would be the situation of the Arab countries if, in addition to money, and the bloody Wahhabi ideology that spawned al-Qaeda and Daesh, Saudi Arabia possessed a large military force?! Would it have been satisfied with imposing an economic blockade and starving peoples, and exporting the takfiris to them, or would it use this force? Without hesitation?
It is wrong for Saudi Arabia to think that it achieved a victory in its "futile" conflict with George Kordahi, because it simply lost this time, more than it lost in the scandal of kidnapping Hariri and forcing him to resign.
Kordahi revealed to the world part of the negative influence of Saudi Arabia in Lebanon. The American-Israeli project, he exposed the Saudi mercenaries inside Lebanon, in addition to revealing major aspects of the absurdity of Saudi policy in Lebanon and the region. He confirmed that the unjust Saudi war against the Yemeni Arab Muslim people is aggression, genocide and a crime against humanity.
Translated from Al-Alam
#US_Saudi_Aggression #Lebanon #Saudi_Arabia 21-12-05