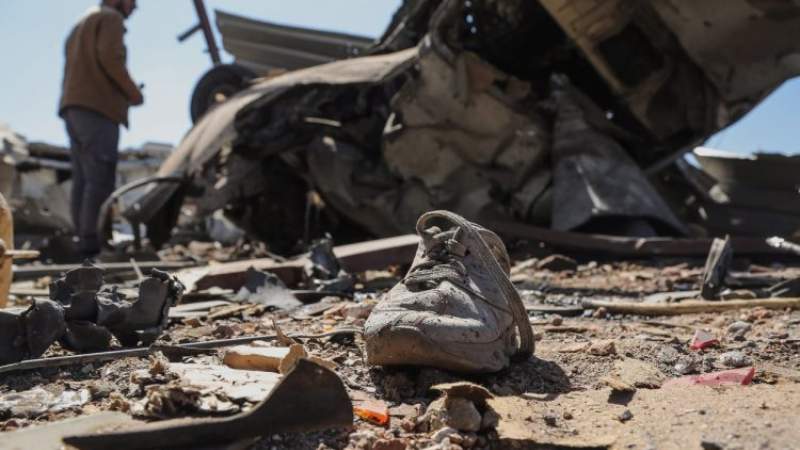 That evening, 28 of 50 Senate Democrats voted for a resolution of disapproval, authored by Sen. Rand Paul, R-Ky., that sought to stop the Saudi arms sale.

The decision by a majority of Senate Democrats to oppose transferring weapons described by the State Department as “defensive” was a major show against President Joe Biden and an affirmation of their opposition to Saudi Arabia’s strangling of Yemen. But the Democrats on Murphy’s side were joined by all but two Republicans — Paul and Sen. Mike Lee, R-Utah — and the measure failed 30-67. In Murphy’s case, it was proof of a significant shift by the previous anti-war champion.

Democrats are in control of the White House and both chambers of Congress for the first time since Saudi Arabia’s intervention in Yemen began six years ago. In that time, the kingdom’s airstrikes and port blockades have killed thousands of civilians and left millions more at risk of starvation.

Aggravated by the devastation, the brutal murder of journalist Jamal Khashoggi, and the White House’s nonsensical declaration of a national emergency to expedite weapon sales, Democrats under the Trump administration mounted a series of attempts to withdraw U.S. involvement from the Saudi offensive.

Now that Democrats are in a position to actually force an end to the war in Yemen, caucus members like Sen. Bernie Sanders, I-Vt., and Reps. Ro Khanna, D-Calif., and Ilhan Omar, D-Minn., have continued their campaign to end U.S. support.

They have picked up a few newcomers, like Sens. Jon Ossoff and Raphael Warnock of Georgia, who voted to stop the missile sale Tuesday. But they also lost certain powerful Democrats who had backed anti-war initiatives during the Trump administration, like Murphy, House Armed Services Committee Chair Adam Smith, D-Wash., and Senate Foreign Relations Committee Chair Bob Menendez, D-N.J., who supported the sale.
And Democrats failed to include an amendment by Sanders and Khanna in the National Defense Authorization Act to prohibit U.S. defense contractors from maintaining Saudi warplanes. The provision would have grounded the fighter jets, effectively lifting the blockade and winding down Saudi Arabia’s capacity to wage the war.

Beyond that, Biden also still allows American defense contractors to provide maintenance to Saudi warplanes, without which they would be unable to fly.

In May, Sen. Elizabeth Warren, D-Mass., led 15 Democratic senators in a letter to Biden urging him to pressure the kingdom to lift the blockade to alleviate Yemen’s humanitarian crisis. Murphy notably did not sign. A congressional source said that he didn’t necessarily disagree with the letter’s content but wanted to issue a statement in his own words. More than 70 Democrats in the House also sent Biden their own letter calling on him to publicly demand that Saudi Arabia unilaterally end its blockade.

Most Senate Democrats were not deterred from rejecting the State Department’s justification for the $650 million air-to-air missile sale Tuesday. Before voting against the sale, Senate Majority Whip Dick Durbin, D-Ill., told The Intercept: “I don’t trust Saudi Arabia and what’s been going on in Yemen.” Sen. Alex Padilla, D-Calif., dismissed characterizations of the sale as defensive, telling The Intercept that “there are a lot more considerations at work here.” Senate Majority Leader Chuck Schumer, D-N.Y., also voted to block the sale.