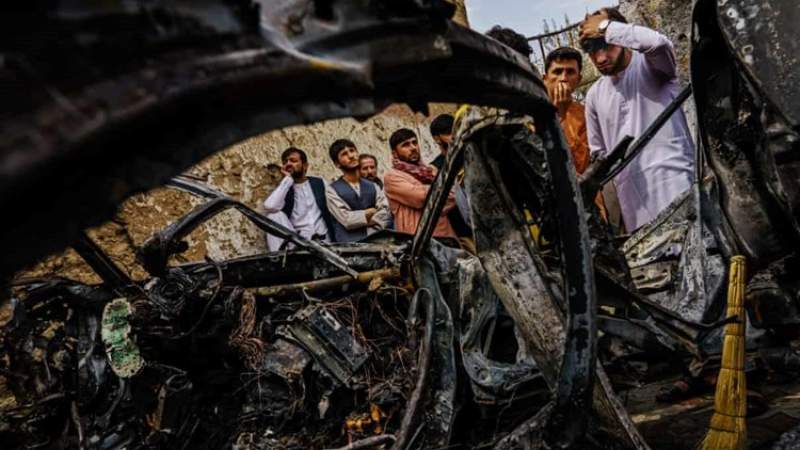 News - World: The Pentagon has finally published its first Airpower Summary since President Biden took office nearly a year ago. These monthly reports have been published since 2007 to document the number of bombs and missiles dropped by US-led air forces in Afghanistan, Iraq and Syria since 2004. But President Trump stopped publishing them after February 2020, shrouding continued US bombing in secrecy, an American website reported.

Over the past 20 years, according to Salon, US and allied air forces have dropped more than 337,000 bombs and missiles on other countries. That's an average of 46 strikes per day for 20 years. This endless bombardment has not only been deadly and devastating for its victims but is broadly recognized as seriously undermining international peace and security and diminishing America's standing in the world.

The US government and political establishment have been remarkably successful at keeping the American public in the dark about the horrific consequences of these long-term campaigns of mass destruction, allowing them to maintain the illusion of US militarism as a force for good in the world in their domestic political rhetoric.

Now, the report added, they are doubling down on their success at selling this counterfactual narrative to the American public to reignite their old Cold War with Russia and China, dramatically and predictably increasing the risk of nuclear war.

The new Airpower Summary data reveal that the United States has dropped another 3,246 bombs and missiles on Afghanistan, Iraq and Syria (2,068 under Trump and 1,178 under Biden) since February 2020.

The good news is that US bombing of those three countries has significantly decreased from the over 12,000 bombs and missiles it dropped on them in 2019. In fact, since the withdrawal of US occupation forces from Afghanistan in August, the US military has officially conducted no air strikes there, and only dropped 13 bombs or missiles on Iraq and Syria — although this does not preclude additional unreported strikes by forces under CIA command or control.
Trump and Biden both deserve credit for recognizing that endless bombing and occupation could not deliver victory in Afghanistan. The speed with which the US-installed government fell to the Taliban once the US withdrawal was under way confirmed that 20 years of hostile military occupation, aerial bombardment and support for corrupt governments ultimately served only to drive the war-weary people of Afghanistan back to Taliban rule.