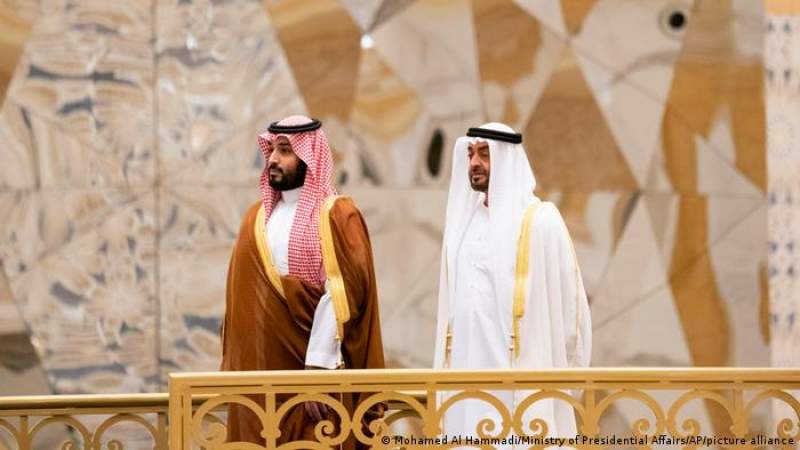 Middle East: The Yemeni Rocketry Force launched on December 3, 2017, a winged cruise missile towards UAE territory, specifically the Barakah nuclear reactor in the capital, Abu Dhabi. That first blow received by the UAE was a strong Yemeni message from Sana’a towards an effective strategic ally in the war on Yemen alongside Saudi Arabia, which waged the war on Yemen on March 26, 2015, with an American green light.

At that time, the Emirati government was quick to deny the targeting, ashamed of the inability of its air defense systems to intercept the missile before it reached the place that was identified with high accuracy. It reflected the great development in the capabilities of the Yemeni army, and the neutralization of civilians from the bombing away from the calculations of revenge.

Saudi Arabia was and still under Yemeni ballistic missile and drone strikes, which were able to reach military bases and industrial facilities, causing great economic losses to the kingdom. While the UAE played the role of a spectator who issued only statements of condemnation against the Yemeni strikes, supporting its ally from a distance, especially after Abu Dhabi’s allegations that it withdrew from Yemen on October 30, 2019.

Saudi hopes are fading
Saudi Arabia’s continued waging war on Yemen and the rejection of the initiatives that were presented at the international level, was met with a significant escalation on the local scene. Despite the ferocity of the attacks on the Army and Popular Committees, and the continuous interference of coalition aircraft, Saudi Arabia did not achieve the hoped-for success on the ground, or what it considers an actual pressure card to start formal negotiations under the auspices of the United Nations.

The last hope of the coalition was for the province of Marib to remain far from the hands of Ansarullah, as it is the last stronghold of the Islah militias. However, the heroes of the Army and Popular Committees put Riyadh in a dilemma with the fall of 13 of the governorate's districts, and they are now a few kilometers away from controlling the city center.

The victories that were achieved in eastern Yemen, did not succeed in all the attempts of the coalition to stop the advance towards Marib. The Emirates decided to intervene this time, by moving its so-called Giants  Brigades, which were stationed on the western coast. They moved towards Shabwa governorate, in a step whose first objective is to relieve pressure on Marib, and to gain a negotiating card, enabling Saudi Arabia to get out of the Yemeni quagmire, according to some analysts.

The renewed intervention of the UAE in Yemen was met with advance warnings, that it will have consequences that will harm the economy of a country which lives on investments, and its economic power is governed by many major companies located there. The qualitative military E'sar Al-Yemen operation (Operation Hurricane Yemen) came as an urgent message rich in explanation, understood by Crown Prince Mohammed bin Zayed. The operation was carried out by the Yemeni Armed Force deep in the UAE on Monday, targeting the airports of Dubai and Abu Dhabi and the oil refinery in Mussafah.

Saudi joy
On the other hand, it seems that there is Saudi joy, albeit disguised, over what the UAE has been exposed to, as there is another party sharing ballistic missiles and drones with Riyadh, which previously suffered from the consequences of direct targeting by Sana’a forces.

The timing of striking the Emirates coincided with an economic battle it is waging against Saudi Arabia in order to dominate the region. Therefore, it gives Riyadh an opportunity to catch up, in tandem with the expected results of continuing to strike vital facilities in the Emirates, with the escalation of Sana'a statements confirming that it has what could destroy the UAE economy. It also called on the foreign companies to take precautions from the fact that the UAE has become the target of Yemeni bombing.

Economic battle
The severity of the economic conflict between Abu Dhabi and Riyadh has emerged clearly and publicly, following the extension of the oil production cut agreement last July. The dispute arose between them when the UAE objected to extending a proposal imposing restrictions on the volume of production for an additional eight months. Later, Riyadh demanded that international companies move their headquarters to the Kingdom. It threatened to stop awarding Saudi government contracts to international companies and commercial establishments whose headquarters are located in any other country in the Middle East.

According to analysts, Riyadh and Abu Dhabi are competing to attract investors and companies, to expand their economies to the post-oil stage. Also, in clear defiance of the UAE, Saudi Arabia changed its regulations on imports from the Gulf Cooperation Council countries. It withdrew the customs tariff privileges that were enjoyed by the GCC states, especially goods manufactured in the free zones, which are exempted from regulations including the condition that they are majority owned by a Gulf citizen, or produced by companies in which Gulf employees constitute about 25 percent of the workforce.

The result of this decision was an increase in tariffs by between 5% and 15% on products that were shipped from the UAE to Saudi Arabia, at a time when they were exempt from customs duties for years.