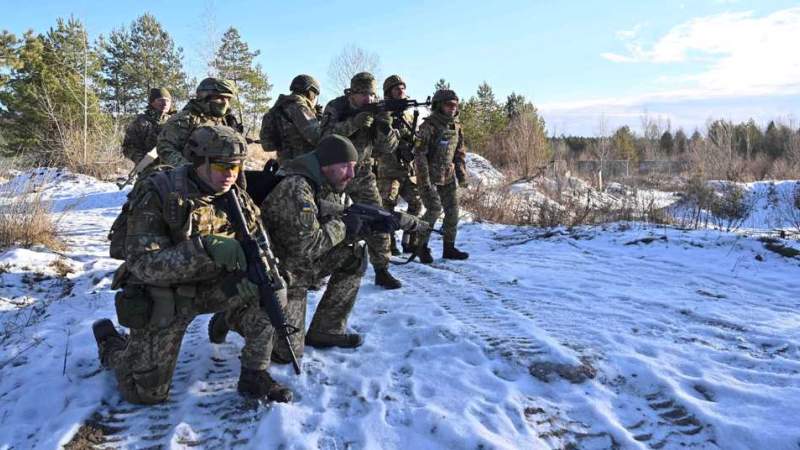 News - World: The Kremlin says the United States is fueling tensions over Ukraine, stressing that Moscow is watching with great concern, after Washington put thousands of troops on alert for deployment in Eastern Europe.

Speaking at a news briefing in the capital, Moscow, on Tuesday, Kremlin spokesman Dmitry Peskov accused Washington of escalating tensions with the deployment of 8,500 forces to Eastern Europe to reinforce the region against an alleged Russian threat.

"The United States is escalating tensions," Peskov told reporters. "We are watching these US actions with great concern."

NATO announced a day earlier that it was putting forces on standby and reinforcing Eastern Europe with more ships and fighter jets in response to a Russian military build-up at Ukraine's borders. Russia has said the risk of an offensive by Ukrainian troops against pro-Russia forces in the country's volatile east is "very high."

Peskov also told reporters on Tuesday that Russian President Vladimir Putin would talk this week to his French counterpart, Emmanuel Macron, who is also planning to speak with Ukrainian President Volodymyr Zelenskiy over the crisis.

Western governments accuse Russia of planning an invasion of Ukraine. Moscow rejects the allegation and insists that its border deployments are defensive in nature.

The administration of US President Joe Biden has reportedly allowed three fellow-NATO member states in the Baltic region to send US-made missiles and other armaments to Ukraine. The US State Department has approved shipments of US-made missiles and other weapons from NATO allies Lithuania, Latvia, and Estonia to Ukraine. The United States had sent two weapons shipments to Ukraine over the past week.

The US and NATO's latest provocations against Russia come while American and Russian diplomats have failed to make a breakthrough in talks to resolve the crisis over Ukraine, although they agreed to continue the talks.

Russia has demanded legally binding guarantees from NATO that it will halt its eastward expansion and return to its 1997 borders. Moscow also demands that the military alliance never admit Ukraine as a member.

Russia is awaiting a written response from the Biden administration this week to its list of security demands, some of which Washington has previously dismissed as "non-starters."