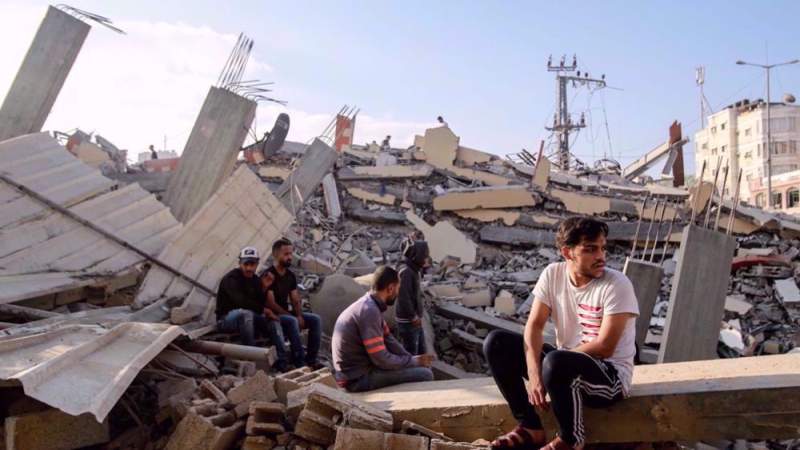 News - Middle East: A human rights group has documented the dire consequences of Israel's ongoing blockade on the Gaza Strip, calling on the international community to pressure the Tel Aviv regime to end its illegal siege of the impoverished coastal enclave.

Euro-Mediterranean Human Rights Monitor said in its annual report that about 1.5 million of the Gaza Strip’s total population of 2.3 million have become impoverished due to the Israeli blockade and restrictions imposed on the besieged enclave for over 14 years, Palestine's official Wafa news agency reported on Monday.

In its report, titled Bitter 16: A Generation Bred in Captivity, Euro-Med documented the dire effects of the Israeli blockade on the social, economic, and humanitarian levels, which were exacerbated by the repeated military attacks on Gaza— the most recent of which was in May 2021.

The nonprofit organization for the protection of rights also noted that despite the deterioration of the humanitarian situation in Gaza, the Israeli collective punishment policy against the population of the coastal silver remains in place, in a way that clearly exposes Tel Aviv's intention to inflict great material and moral damage on its residents.

The report further documented the multiplication of indicators of the humanitarian crisis in Gaza due to the blockade.

It also reviewed the state of economic collapse Gaza suffers due to the blockade, highlighting that thousands of production facilities and services have been destroyed or damaged during Israel's military attacks over the past years.

The last military attack in May 2021 alone resulted in the destruction of hundreds of economic facilities, with total losses of about $400 million, the report added.

The health sector is one of the most affected by the blockade since Israel prevents or limits the entry of medicines and medical supplies into Gaza, causing health care services to decline by 66%, according to the report.

Euro-Med further called on Israel to end its blockade on Gaza, allow Palestinians to exercise all their rights and stop collectively punishing civilians.

The international community should compel Israel, as an occupying power, to respect the rights of all Gazans in accordance with the relevant international norms and set aside the economic, health, food, infrastructure, and other sectors, the group said.

It also urged the International Criminal Court (ICC) to open investigations against Israeli leaders and soldiers involved in the collective punishment and military attacks against Gaza to be held accountable in accordance with international justice standards.

The Gaza Strip, home to some two million people, has been under a blockade imposed by Israel for over 14 years. The tight blockade has caused a decline in the standards of living as well as unprecedented levels of unemployment and unrelenting poverty.
Israel takes Gaza under artillery fire, airstrikes

In recent years, the enclave has been receiving its bare essentials through the Kerem Shalom crossing as well as two others, including the Erez crossing.

The Erez crossing, which is the only Israeli pedestrian crossing into the Gaza Strip, is situated along the northern part of the coastal silver, and is used for the movement of humanitarian aid into the territory.

The Israeli regime has routinely closed the crossing, banning the entry of humanitarian supplies and other goods into Gaza.

The other one is the Rafah border crossing which is being strictly controlled by Egypt.

According to the latest report, the monthly average of cases Israel allowed to exit through the Erez crossing was 30,000 cases before the blockade was imposed. The average fell by 70% since then, to reach 8,954 cases a month.

Israel has also launched three major wars on Gaza since 2008.

In the latest bombardment campaign, at least 260 Palestinians, including over 60 children, were killed in a time span of 11 days that began on May 10. The Gaza-based resistance movements retaliated heavily and took the Tel Aviv regime by surprise.