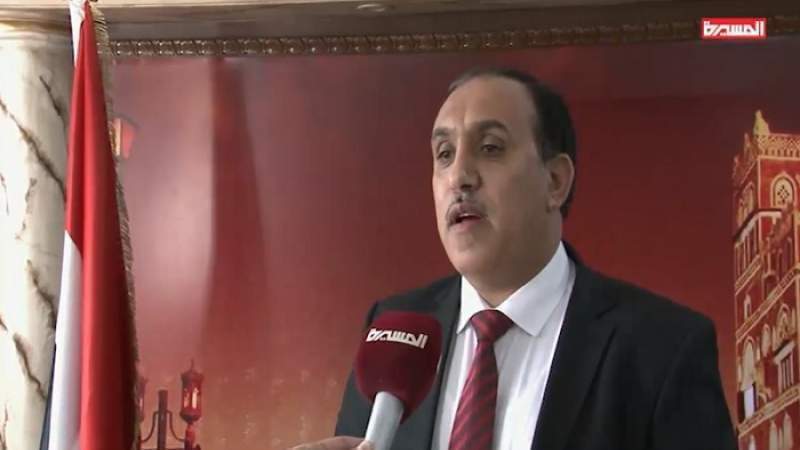 News - Yemen: Yemen's ambassador to Syria confirmed that the US-Saudi aggression has recruited international propaganda companies and institutions with the aim of affecting the morale of the Yemeni people for seven years but failed.

“The aggression against Yemen is an American aggression from the first day, and everything that the US can give to its mercenaries has been granted to them since the first day,” Ambassador Abdullah Sabri added to Almasirah.

Sabri confirmed that all we hear regarding American promises to support the UAE is nothing more than misleading to drown these tools in the quagmire of Yemen more than what happened.

He added that the existing escalation is an expression of the Israeli concern that the entity expressed through its officials and media.

On Monday, the head of the National Delegation said that the UAE’s rulers are doing what is considered more beyond the stage of normalization with the Israeli enemy to a much further stage with their aggression against the Yemeni people.
"The UAE serves the Israeli enemy in order to satisfy it, and will not be satisfied no matter what it provides, and UAE’s aggression against Yemen is on behalf of the Israeli enemy,” Mohammad Abdulsalam said in his tweet,
The head of the national delegation stressed that the Israeli enemy and its mercenaries will inevitably be hit by the people’s curse.
The Israeli enemy offered the UAE security and intelligence support after the operation Yemen’s Hurricane 1. Last year, it joined a naval drill with UAE, Bahraini and U.S. forces. Emirati and Israeli state-owned weapons makers have signed deals to jointly develop an advanced drone defense system and unmanned military vessels.
For its part, the UAE said that it intercepted a ballistic missile fired by Yemen as the UAE hosted Israeli President Isaac Herzog on his first visit to the Gulf business and tourism hub.
"While Israel's president is visiting the UAE to build bridges and promote stability across the region, the Houthis continue to launch attacks that threaten civilians," U.S. State Department spokesman Ned Price said in a tweet.
Abu Dhabi does not have the chance to stay long under the obsessions of targeting. Economy and stability are the two pillars of the existing state in a limited geography, however, its escalation in Yemen with American-Israeli-British impetus makes this a gateway to what has an unfortunate outcome.
Sana'a has sent a practical warning message when it targeted Abu Dhabi airport and the Barakah power station in the past years.
The upcoming field military developments will determine a new equation within the Yemeni defensive battle. This time by expanding the attacks towards the UAE to become a fan of targets in the two Gulf states backed by the USA and the most prominent EU countries, as well as the Israeli enemy, which has moved from the stage of normalization to the stage of political and military alliance.
#Aggression #UAE 22-02-05