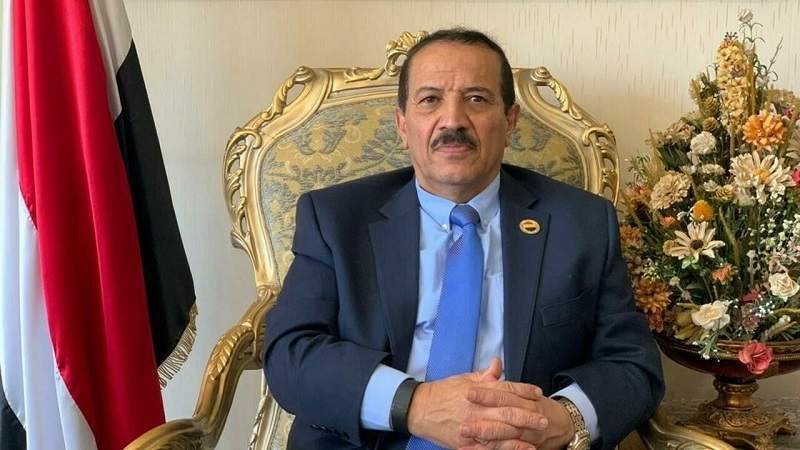 News - Yemen: The Minister of Foreign affairs sent a message on Monday to the President of the Security Council for February 2022, Ambassador Vasily Nebenzia, about the briefing session on Yemen scheduled for Tuesday, in addition to the developments in the political situation in Yemen.

In the message, the minister Hisham Sharaf addressed to the President and members of the UN Security Council that the upcoming briefing of the Council on Yemen comes in difficult humanitarian and living conditions that the Yemeni people suffer from in light of the US-Saudi-Emirati aggression and blockade.

He mentioned that the aggression did not allow fuel tankers to enter oil derivatives and domestic gas, and the continued closure of Sana’a International Airport.

He stressed that these practices contributed to further economic deterioration, creating suitable conditions for the deterioration of the national currency, considering these  hostile policies deliberately practiced by the aggression has persisted as part of its war strategy against the Yemeni people.

The Minister stated that the briefings, which are usually held on Yemeni affairs, have become a traditional and formal routine that justifies the presence and work of the United Nations and its organizations in Yemen, while giving full opportunity to the countries supporting the aggressor countries against Yemen and their allies to submit more false allegations against the authorities in Sana'a.

He pointed out that the United Nations with these sessions and briefings has turned into a platform for complaints without any consideration of what the authorities of Yemen in Sana'a want to put forward in terms of clarifications or positions that the Council can discuss as a neutral council for international security and maintaining different security and stability regions in the world.

Minister Sharaf stressed that the international community finds that there has not been any positive shift or improvement in the humanitarian and living situation in Yemen, or actual steps to end the war because most of the briefings give more justifications to the aggressor countries to continue its aggression, and its interventions in Yemen .

He stressed the need for the Security Council to adopt a resolution binding on all parties to the conflict in Yemen, regarding the adoption and implementation of confidence-building steps and measures that Sana’a has long called for, instead of more briefings that serve the continuation of the military operations of the countries of aggression.

He pointed out that these steps are represented in a cease-fire of all military operations, opening Sana’a airport for civil and commercial flights, lifting the siege on the port of Hodeidah, and allowing the entry of fuel tankers, domestic gas, commercial goods, basic materials and medicines, which would normalize the situation inside Yemen, and prepare for political settlement and peace.

In the letter, the foreign minister called on the UN Security Council to exercise its duties with complete impartiality to create any peace steps.

The Minister of Foreign Affairs concluded his message by saying: "The authorities in Sana'a are fully prepared to send envoys of the National Salvation Government to speak before the Security Council, and confirm Sana'a clear and principled position to move towards peace and get Yemen and its people out of this unjust war, towards the desired security and stability."