Ukraine Pres. Says No to Talks with Russia in Belarus, Agrees to Talks ‘Without Preconditions’ on Belarusian Border 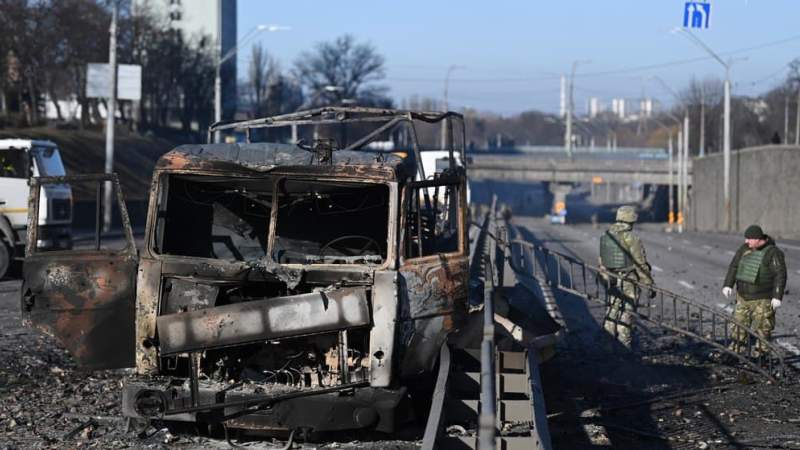 News - Middle East: Ukrainian President Volodymyr Zelenskiy has agreed to talks on the Belarusian border “without preconditions” after initially rejecting Russia’s offer of negotiations in Belarus due to what he called Minsk’s impartiality in the military conflict.

Zelenskiy initially said on Sunday that it would have been possible to talk in Minsk if hostile actions have not come from Belarus.

“Four days ago, cruise missiles, jets, helicopters, (military) vehicles came from the Belarusian territory,” he said, adding, “When you were neutral, we talked in Minsk, we met many times. And this is the right thing to do, it’s true, it’s how we should talk – as neighbors. But right now you have not made your most important choice, and it must depend on you. Not on Russia, not on Ukraine, not on the US, but on Belarusian people.”

Earlier, Kremlin had said its delegation was ready to meet Ukrainian officials in the Belarusian city of Gomel.

The Kremlin spokesman Dmitry Peskov said the Russian delegation included officials from the foreign and defense ministries as well as President Putin’s office.

Rejecting the offer, Zelenskiy said other cities can be the place for talks, which he said should ultimately lead to peace and ending the war.

“Warsaw, Bratislava, Budapest, Istanbul, Baku – we have offered all of them to Russia. And we agree on any other city – in a country missiles are not going from. This is the only way the talks can be honest and lead to the end of the war,” he said.