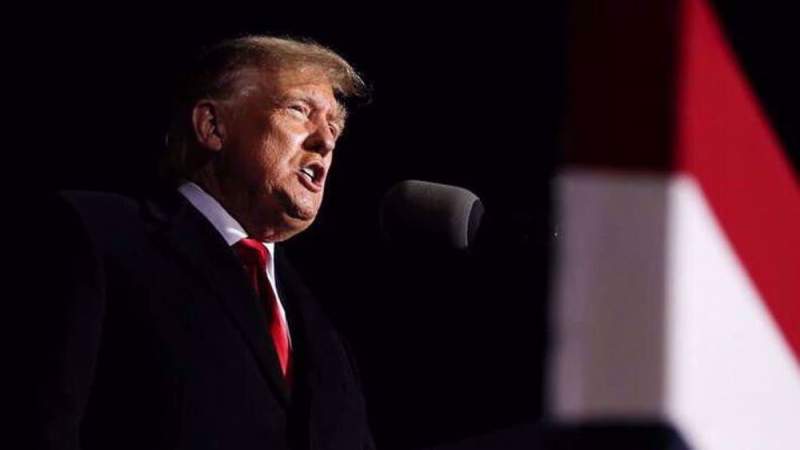 News - World: A judge in the United States has ruled that former US President Donald Trump "more likely than not" committed a crime by trying to pressure his vice president, Mike Pence, to obstruct Congress and overturn the outcome of the disputed November 2020 election.

District Judge David Carter in Los Angeles ruled on Monday that the House of Representatives committee probing the attack on the US Capitol on January 6, 2021, has a right to see emails written to Trump by one of his then-lawyers, John Eastman, according to Reuters.

The judge said that John Eastman, the lawyer charged with drafting the strategy for the January 6 certification, must turn over most documents he is withholding from the January 6 House committee investigating the Capitol attack.

Judge Carter, a Bill Clinton appointee, said that Trump's alleged plan to overturn his election defeat to Joe Biden amounted to a "coup."

"Based on the evidence, the Court finds it more likely than not that President Trump corruptly attempted to obstruct the Joint Session of Congress on January 6, 2021," Carter said in a written decision, adding: "The illegality of the plan was obvious."

The judge ordered Eastman to turn over all documents but ten that the court found privileged.

Eastman's legal team said in response that Eastman "intends to comply with the court's order" and will turn over the requested documents.

The judge provided a summary of several documents Eastman has sought to block.

"The eleventh document is a chain forwarding to Dr. Eastman a draft memo written for President Trump's attorney Rudy Giuliani," Carter wrote. "The memo recommended that Vice President Pence reject electors from contested states on January 6. This may have been the first time members of President Trump's team transformed a legal interpretation of the Electoral Count Act into a day-by-day plan of action."

The Democratic-led Jan. 6 Select Committee is expected to make a formal request to the US Justice Department that it consider charging Trump.  The House earlier this month said it believed Trump might have committed multiple felonies.

“The Court’s ruling today is a victory for the rule of law and clears the way for the Select Committee to obtain materials important to our investigation," the committee's chairman, Democrat Bennie Thompson of Missouri and vice chair, Republican Lynne Cheney of Wyoming, said in a joint statement.

The House panel said in a court filing on March 2 that Trump and Eastman had worked together to try to convince Mike Pence to obstruct Congress’s certification of the Electoral College votes of Joe Biden, the then-Democratic President-elect.

“Had this effort succeeded, the electoral count would have been obstructed, impeded, influenced, and (at the very least) delayed, all without any genuine legal justification and based on the false pretense that the election had been stolen. There is no genuine question that the President and Plaintiff attempted to accomplish this specific illegal result,” the committee wrote in its filing.

The committee also claimed it “has a good-faith basis for concluding that the President and members of his Campaign engaged in a criminal conspiracy to defraud the United States.”

On January 6, 2021, Trump supporters occupied the US Capitol while lawmakers were in the process of reviewing the certification of state electors which indicated Biden's victory. Some Trump supporters had hoped that this process could have resulted in some of the electors being disqualified, thus overturning the outcome of the presidential election.

It is claimed by some that the demonstrators were infiltrated and incited by provocateurs from US intelligence agencies, who orchestrated the “false flag operation” in order to get rid of Trump.

Some among the crowd clashed with police, and some made threats to beat up a number of Democratic lawmakers. Some also inflicted damage on parts of the Capitol building.

Trump has been casting doubt on the outcome of his loss by insisting it was the result of fraud. He has said that the 2020 presidential election was “the greatest Election Hoax in history.”

Trump has criticized Pence for Pence's handling of the disputed 2020 presidential election.

Trump said that Pence failed in his duty as the President of the Senate at the January 6, 2021 Joint Session of Congress to ensure the integrity of the election when there were “obvious signs of voter fraud or irregularities.”

Trump accused Pence of having acted as “an automatic conveyor belt for the 'Old Crow' Mitch McConnell to get Biden elected President as quickly as possible.” He was referring to the fact that, when the proceedings were interrupted for more than 10 hours by the breach of the Capitol, the detailed challenges that many expected would be presented - of fraud, ballot stuffing and violations of Article 2, Section 1 of the Constitution in Georgia, Michigan, Nevada, Pennsylvania and Wisconsin - were given short shrift in deference to what a number of senior Congressional officials termed “the assault on American democracy” represented by what was already being called, both in Congress and on television, “the insurrection.”

Trump maintains that, rather than allow the proceedings to descend into an emotional morass that prejudiced the outcome, and dismissed the many valid issues raised about the election without a proper hearing, Pence should have provided an atmosphere for those many members of both houses who had announced their intention to bring the challenges to do so in a professional and secure environment, with confidence that the proceedings would be conducted in a fair and objective manner.

Pence answered Trump's criticism by saying that he “had no right to overturn the results of the election.”