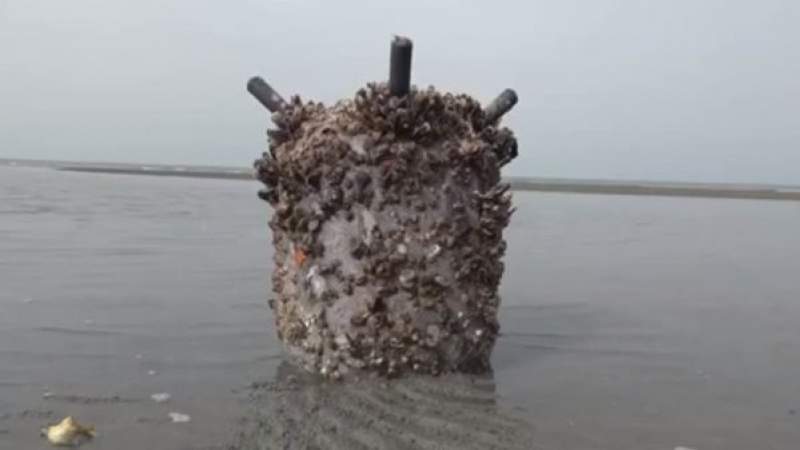 Yemen: While German Vice-Chancellor Robert Habeck was on a visit to Qatar to search for energy sources for Europe and Germany as an alternative to Russian gas sources.

Not far from him, Saudi gas plants and oil refineries were burning due to Yemeni missile and air strikes. Habeck must have taken note of it.
The Europeans, who ignored the imposed siege on Yemen for seven years, are now compelled to hear the voice of Yemeni pain more than ever, not because their humanity has awakened, but because the continuation of this siege is incompatible with their interests, and has become a threat to their security.
The war in Yemen has turned completely against Saudi Arabia, and behind it Britain and the United States. Calm is required in Yemen until the end of the conflict that has just begun with the two giant rivals Russia and China, although the latter is apparently trying to show an independent and impartial position. However, Beijing's leaders know that they will be the next if the West succeeded in slaughtering Russia in Ukraine.
Recently and for the first time in seven years, Sana’a announces, in less than 12 hours, two military operations targeting Saudi depth. The second Siege-breaking operation targeted oil and gas facilities and various other vital facilities distributed throughout the Kingdom from the east to the west and from the south to the center and the far north in Riyadh.
Sana’a, according to statements by its leaders, announced its intention to break the siege with fire, after all means had been exhausted, according to the statement of the Deputy Prime Minister for Defense and Security Affairs, Lieutenant-General Jalal Al-Rowaishan, to Al-Masirah Network.
Sana’a has not issued threats haphazardly, as it does not announce a military operation unless it has been prepared for another one that is stronger. It does not unveil a weapon unless it has other generations of more developed lethality and technology.
According to the statement of the spokesman, the Yemeni Armed Forces used in the operation three types of weapons: ballistic missiles and winged missiles and drones that Sana’a owns of advanced and lethal generations, hitting targets in Riyadh, Jeddah, Yanbu, Samtah, Khamis Mushait and Jizan.
Plumes of smoke rose in all parts of the Kingdom, which was forced to admit its need to suction from the oil reserves to meet the Saudi market's need for oil derivatives, after the Yemeni strikes, the disruption of a major refinery in Yanbu, and the hitting of gas stations in Jizan and other regions.
For seven years, the situation of Yemenis has been affected by the severity of the siege, and recently, with the military equation in favor of Sana’a and its approach to the liberation of Marib, the weapon of starvation and tightening the siege became the main card in the hands of the coalition.

The coalition battleships continue to pirate fuel tankers and close the port of Hodeidah, and divert the ships’ paths to a port where tanks transporting fuel are forced to travel 1,400 kilometers to reach Sana’a, which incurs costs.

After 6 months, those military battleships of the coalition countries allowed the entry of a gas vessel carrying about 470 tons of gas at sea to make up for the scarcity of supply as a result of reducing the gas quotas of the free zones by almost half.
The Yemeni Gas Company in Sana'a says that its share has decreased from about 50,000 gas tanks annually to 25,000 despite the population increase in the areas controlled by the Political Council, and recently the quantities of domestic gas sent to the free zones from the Safer fields controlled by the US-Saudi mercenaries have been reduced.
The fuel crisis reveals how the blockade has stifled the Yemeni people since March 2015, a reality that the Yemeni leadership in Sana’a seems determined to break once and for all by breaking the siege in a very smart timing.
Over the past 7 years, the United Nations has received thousands of Yemeni messages, and the office of the United Nations envoy for humanitarian affairs in Sana'a has turned to be a stage for a daily protests confirming the negative role of the UN, not in the fuel issue alone, but in almost all humanitarian issues related to the war.

For example, dozens of Yemenis lose their lives daily as a result of the siege imposed on Sana’a international airport, to supply about 25 million Yemenis with emergency medical needs, and to allow them to travel for treatment and meet their needs.

The continuation of the siege on Sana’a will turn tomorrow into a siege on the world, especially Europe, and the latter must prevent the situation from slipping into a complex stage that Sana’a does not want to reach, according to Deputy Foreign Minister Hussein Al-Ezzi.

He has appealed to lift the siege, warning that the situation would become more complicated, referring to strategic options that were decided earlier, confirming that ”Sanaa will not be the only loser”.