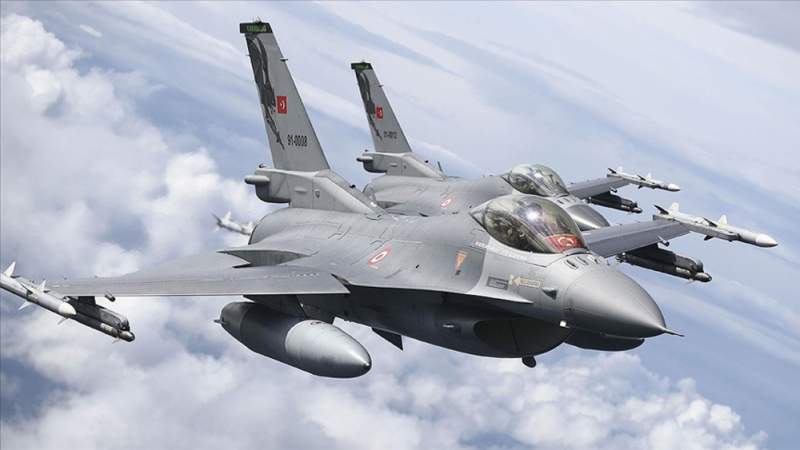 News - World: Despite the Iraqi Foreign Ministry’s insistence that there is no agreement between Baghdad and Ankara pertaining to the Turkish military operations inside the borders of Iraq, Turkey’s armed forces have launched air raids targeting the purported positions of the Kurdistan Workers’ Party (PKK) militant group in the semi-autonomous Kurdistan region.

Lebanon’s Arabic-language al-Mayadeen television news network reported that the cross-border strike targeted the outskirts of Amadiya town in the Duhok district of the region on Monday afternoon.

There were no immediate reports about possible casualties or the extent of damage caused.

Iraq has slammed Turkish military operations on its soil as unlawful.

On April 19, the Iraqi government summoned the Turkish ambassador, Ali Riza Guney, and handed him a "strongly worded" protest note over the offensive, and called the operation a blatant violation of its sovereignty.

Calls have been growing for Baghdad to take the matter of Turkey's repeated attacks to the United Nations Security Council and the Arab League.

The spokesman for the Iraqi Foreign Ministry, Ahmed al-Sahaf, says Turkey's ongoing operation against PKK positions in the Kurdistan region is not being carried out under any agreement with the Baghdad government.

He told the Iraqi News Agency on April 24 that there was a pre-2003 agreement between Ankara and Baghdad that temporarily permitted Turkish military forces, under certain circumstances, to cross five kilometers over the border in pursuit of PKK militants for a limited number of days in coordination with the Iraqi government.

However, in 2009, the Iraqi parliament “canceled” all agreements permitting Turkish troop to enter the country, Sahaf noted.

Militants of the PKK — designated as a terrorist group by Turkey, the United States and European Union — regularly clash with Turkish forces in the Kurdish-dominated southeast of Turkey attached to northern Iraq.

A shaky ceasefire between the PKK and the Turkish government collapsed in July 2015. Attacks on Turkish security forces have soared ever since.