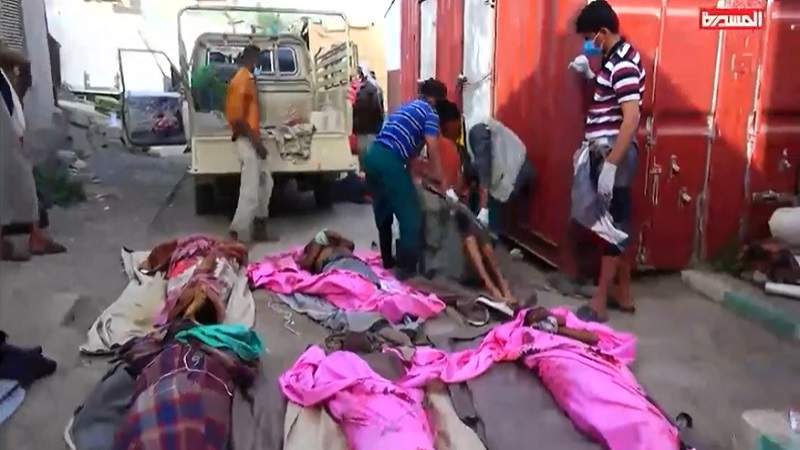 News - Yemen: The Republican Hospital in Sa’adah received the bodies of seven citizens who were tortured to death by the Saudi army in the Al-Raqo area of ​​the border area.

“Security source in Sa’adah confirmed that the seven victims died after being tortured with electricity,” Almasirah correspondent reported confirming that the death toll is preliminary.

He condemned the heinous crime and the Saudi enemy's persistence in shedding Yemeni blood by various means, whether by airstrikes, rocket and artillery shells, as well as torture to death.

Last month, three citizens were killed as a result of the bombing of the Saudi enemy on the border areas of Sa'adah Governorate.