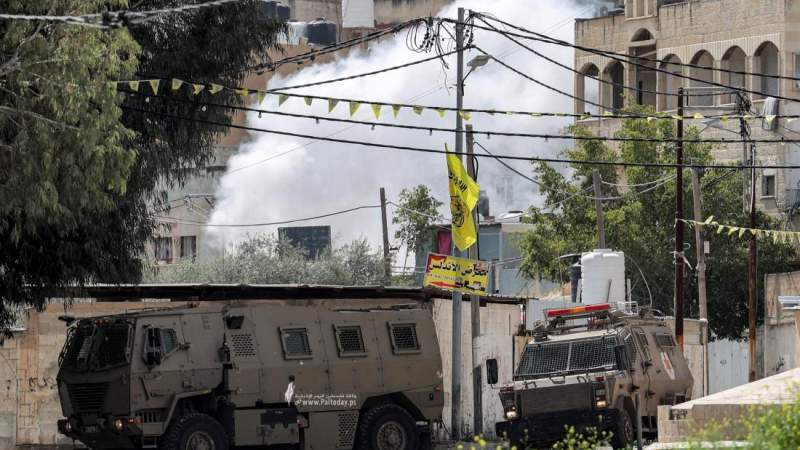 The Palestinian Resistance has been for weeks repelling the repeated Israeli attempts to storm the camp.

“An Israeli force stormed the camp on Thursday, with fierce clashes taking place between our fighters and occupation forces,” Jenin Battalion announced in a statement, as reported by Palestine Today.

“Our Mujahideen managed to target gatherings of occupation forces and Israeli snipers positioned on the rooftops of buildings in the area.”

Palestinian media reported that Dawoud Al-Zubeidi, brother of ‘Tunnel of Freedom Op.’ hero, was injured during the ongoing clashes.

Witnesses reported a blast in Jenin, with Palestinian sources reported that occupation forces set off one of the besieged houses in the area.