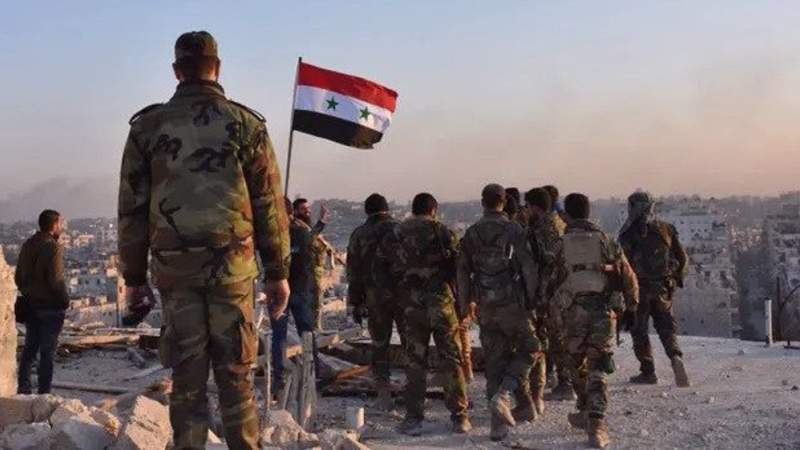 News - Middle East: At least a dozen Syrian government forces have been reportedly killed and more than a dozen others injured in a missile attack in the northwestern Syrian province of Aleppo.

Lebanon’s al-Mayadeen news network said on Friday that 12 Syrian army troops were killed and 14 others sustained injuries after their bus was targeted with a missile by terrorists in the western part of Aleppo.

The news network provided no further details on the exact location of the attack and the affiliation of the terrorists.

Rami Abdel Rahman, the head of the so-called Syrian Observatory for Human Rights, told AFP that the bus was targeted with an anti-tank guided missile while the Syrian forces were on their way back to their home villages.

Rahman put the number of fatalities at 10 and said it was not immediately clear whether the attack was carried out by the area’s dominant terrorist group Hayat Tahrir al-Sham (HTS), previously known as Jabhat al-Nusra, or other terror outfits.

Syria has been gripped by foreign-backed militancy since March 2011. The Damascus government says the Israeli regime and its Western and regional allies are aiding Takfiri terrorist groups that are wreaking havoc in the country.

Israel frequently targets military positions inside Syria and mostly keeps quiet about its attacks on Syrian territories which many view as a knee-jerk reaction to the Syrian government’s increasing success in confronting terrorism.

Over the past 11 years, the Aleppo Province has seen a significant presence of militant and terrorist outfits backed by neighboring Turkey, which itself has invaded the province on several occasions.

Turkey says the operations are aimed at pushing back against US-backed Kurdish militants, whom it associates with the Kurdistan Workers’ Party (PKK), an anti-Ankara terrorist group.

Tens of thousands of people have been killed during the three-decade conflict between Turkey and the militant group.