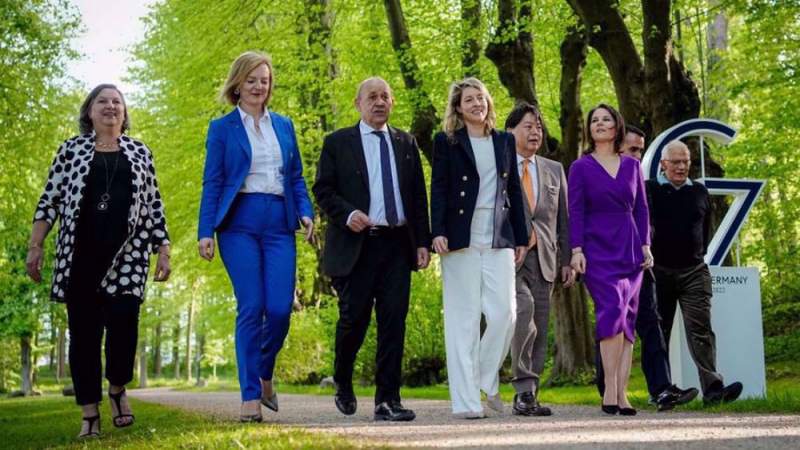 News - World: Ukraine's top diplomat has asked foreign ministers from the Group of Seven (G7) industrialized nations to appropriate Russian assets and rechannel them to Kiev for use to rebuild the conflict-stricken country.

"Canada has already done so and I have a feeling that others will reach that point sooner rather than later," Ukrainian Foreign Minister Dmytro Kuleba, who was guest attendee, said on the sidelines of the two-day G7 foreign ministers meeting in the northern German resort of Weissenhaus on Friday.

Addressing reporters at the meeting, which in addition to host Germany included diplomats from Canada, France, Italy, Japan, the UK, and the US, as well as another guest attendee Moldovan, Foreign Minister Nicu Popescu, Kuleba called on the G7 countries to appropriate billions of dollars' worth of Russian assets and hand them over to Kiev to spend on reconstruction. "We are talking about hundreds of billions of dollars. Russia must pay."

Kuleba said he also hoped that Hungary would agree with the other EU members' plan to ban Russian oil.

The EU plans to phase out Russian oil within six months.

The plan has met opposition from Hungary.

"If, if, theoretically, Hungary opts out and does not support the package, I believe it will cause a lot of damage on the European Union itself, and therefore, they have to do their utmost to prevent it from happening," Kuleba said.

Meanwhile, Russian President Vladimir Putin has expressed confidence that despite all efforts by the West, the country's military offensive in Ukraine will achieve its intended objectives.