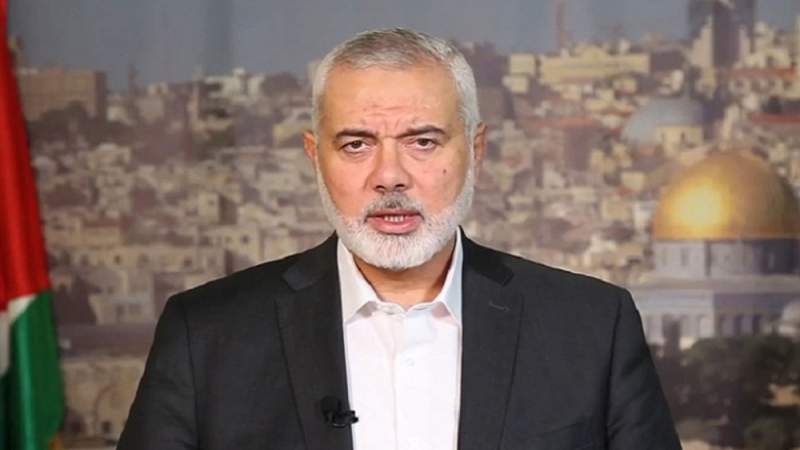 News - Middle East: In response to the cold-blooded killing of journalist Shireen Abu Akleh by Israeli regime forces, the Palestinian resistance movement Hamas has called for a unified command against the occupying regime.

In his remarks late on Friday, Ismail Haniyeh, the head of the Gaza-based resistance movement's political bureau, urged the “speedy formation” of the command to lead the struggle against Israel.

The call came two days after 51-year-old Abu Akleh was brutally murdered while covering an Israeli military raid on the Jenin refugee camp in the northern part of the occupied West Bank.

The long-time Al Jazeera Arabic journalist, who shot to fame while covering the second Palestinian Intifada between 2000 and 2005, was accompanying a group of local journalists when she was targeted.

Haniyeh said the Palestinian liberation struggle is going through a "new stage," which demands the adoption of "incisive and strategic decisions".

He said the unified command will be tasked with directing the resistance against the apartheid regime.

Formation of the unified front is indispensable in the light of the regime's "bestiality," which manifested itself in the "assassination of the daughter of Palestine," Haniyeh said, referring to Abu Akleh.

The Hamas leader said Palestinians need to get their act together in the face of Tel Aviv's unbridled aggression, advocating unity between different Palestinian political groups.

He cited examples of Israeli aggression such as the increase in settlement construction activities across the occupied territories, assaulting Palestinian worshippers at the al-Aqsa Mosque compound in the holy occupied city of al-Quds, the longstanding and crippling siege of Gaza, detention of thousands of Palestinians, and denying them the right to return to their homeland.

Haniyeh called on the West Bank-headquartered Palestinian Authority (PA) to end its cooperation with the regime in Tel Aviv and scrap the so-called Oslo Accords, which were signed in 1993 and marked the first time the Israeli regime and the Palestine Liberation Organization (PLO) recognized each other.

The Oslo Accords were signed in the White House but named after Norway’s capital city, where the secret back-channel dialogue took place.

The Hamas leader urged the PA to withdraw its "recognition of Israel," stop its "security cooperation" with Tel Aviv, "and concentrate on the resistance's comprehensive plan for confronting the occupier."

Pertinently, it came on the eve of Nakba Day, (the Day of Catastrophe), when in 1948 hundreds of thousands of Palestinians were forcibly evicted from their homeland and Israel came into existence as an illegal and illegitimate entity.