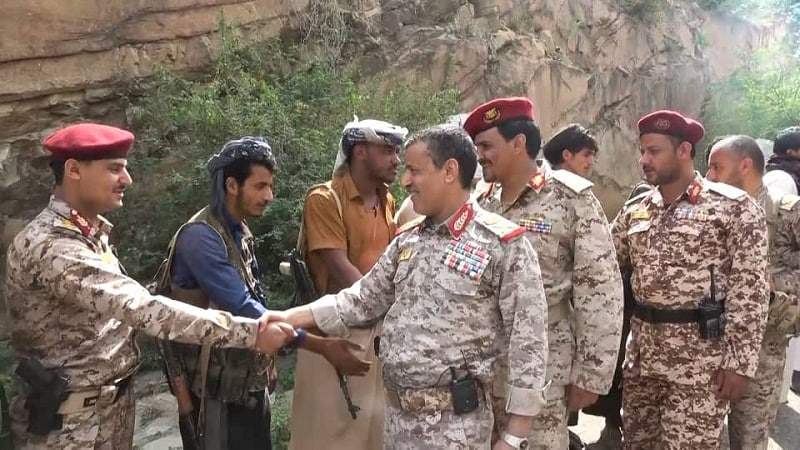 News - Yemen: The Minister of Defense affirmed that the Yemeni Armed Forces have acquired high combat competencies and expertise in all its units, land, sea and air, as well as advanced strategic deterrent weapons, with high-precision technologies.

The Minister Major General Mohammad Al-Atifi indicated, during his visit on Sunday to the Army and the Popular Committees stationed on the frontlines of Jizan, that the Armed Forces are keen to keep pace with the overall developments required by the battle of modern weapons in the field despite the US-Saudi aggression and siege.

He said, "While we in Yemen are keen on a fair, just and honorable peace, we are ready to confront the worst possibilities.”

He added that one of the most important declared goals for the aggression in Yemen is to subject the Yemeni people to give up their sovereignty, freedom, decision, unity, wealth and strategic location to serve the Zionist entity, pointing in this regard to the assertion of the leader of the revolution, Sayyed Abdulmalik that achieving this is impossible.