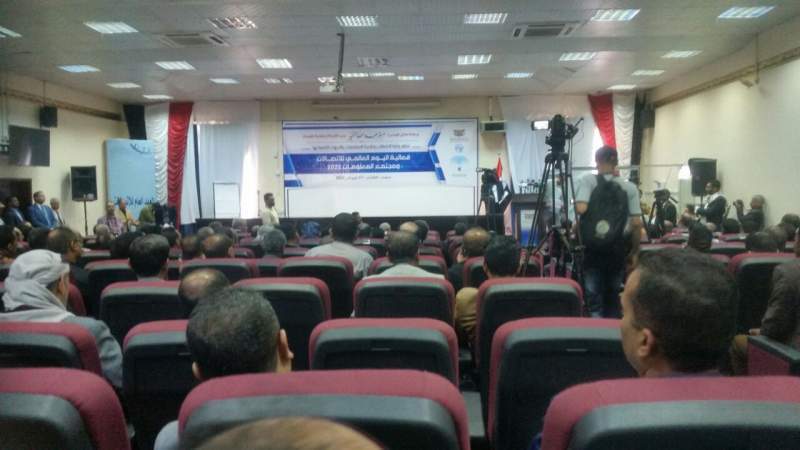 The Minister, Engineer Misfir Al-Numeir, stated that despite the losses and damages due to the aggression and its siege, the ministry has provided new services, including 4G service.

Last March, the Minister of Telecommunications and Information Technology announced that the losses of the communications sector during the seven years of US-Saudi-UAE aggression against Yemen amounted to more than five billion and 400 million dollars.

In a statement, the Minister Al-Numeir revealed, on the occasion of the National Day of Resilience, that the US-Saudi aggression targeted communications facilities with more than 2,760 raids, destroying 793 facilities and networks during the past seven years.

The Minister held the coalition countries, led by USA, responsible for all the crimes, bombing and destruction that the communications sector has been subjected to. He explained that telecommunications companies continued to provide services to citizens despite the difficulties imposed by the coalition through destroying the infrastructure of towers, stations, and the killing of a number of the staff while performing their work.

Meanwhile, a report issued by the Ministry of Communications stated that the communications sector worked to rehabilitate 211 sites and stations, after they were destroyed by the coalition, and repaired and maintained 403 sabotage operations that led to cables being cut off as a result of bombing and acts of sabotage.