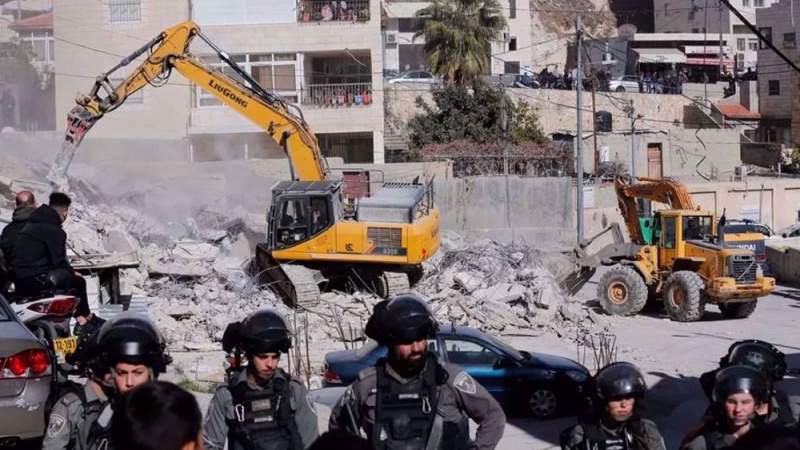 News - World: More than 20,000 homes in the holy city of al-Quds face demolition threat from the Israeli regime, says a Palestinian minister, as Tel Aviv continues with its illegal settlement expansion activities and land grab policies across the Palestinian territories despite international outcry.

Palestine’s al-Quds Affairs Minister Fadi al-Hidmi said on Sunday that there are more than 20,000 Palestinian housing units threatened with demolition by the Israeli municipality in the holy city, the Palestinian Information Center reported.

He made the comments during a symposium on al-Quds and the al-Aqsa Mosque held in the Turkish capital Ankara, adding that the Israeli municipality demolished around 500 Palestinian-owned residential buildings in the city during the past two years.

The Israeli regime routinely demolishes Palestinian houses in the West Bank, claiming that the structures have been built without the so-called permits, which are almost impossible to obtain. They also sometimes order Palestinian owners to demolish their own houses or pay the costs of the demolition if they do not.

Elsewhere in his remarks, al-Hidmi said that in recent years, the Israeli municipality began to speed up the establishment of different settlement projects across al-Quds as part of its “Greater Jerusalem” plan.

The minister also condemned Israel for escalating the policy of forcing Palestinian citizens to demolish their own homes in east al-Quds since early last year.

More than 600,000 Israelis live in over 230 settlements built since the 1967 Israeli occupation of the Palestinian territories of the West Bank and East Jerusalem al-Quds.