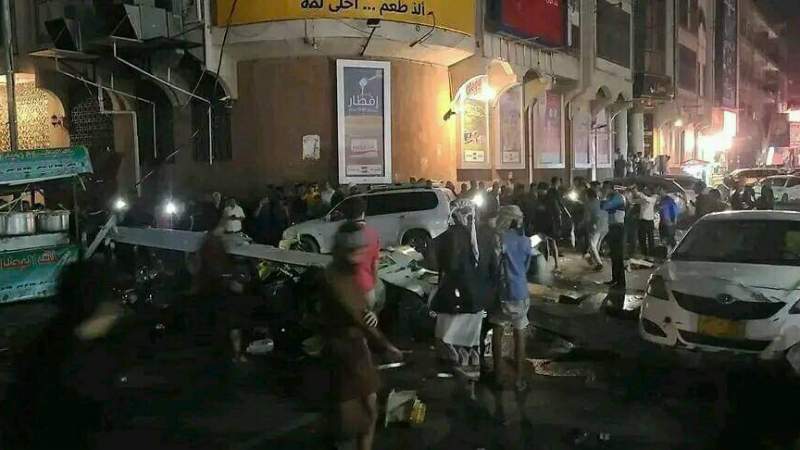 Yemen: The Yemeni political forces considered that shooting down of the US-Saudi spy drone in the sky of the capital, Sana’a, was a clear message that the aggression mocked the humanitarian and military truce and the Yemeni Armed Forces are ready to confront any escalation by the US-Saudi Aggression.

Others emphasized that the US does not yet want peace and only wants to “cool” the Yemen issue, revealing a conflict between the Saudi-UAE-backed parties and the Saudi regime aspiring to inherit the Saudi crown prince, as happened in the Emirates for bin Zayid.

"The shooting down of the spy drone in the capital, Sana'a, clearly showed the coalition's lack of respect for the UN-sponsored truce. Sana'a airport is still almost closed except for 3 limited flights, and the detention of fuel tankers is still in place," said Muhammad Al-Nuaimi, member of the Supreme Political Council.

He added: we wanted a truce for the alleviating suffering of the Yemeni people and to present a message that we are the ones who seek peace, in the face of a false media message promoted by the US-Saudi media that Sanaa rejects these endeavors.

If there are efforts to extend the truce, it is necessary to implement the humanitarian conditions of Sana’a, foremost of which is the payment of salaries, the expansion of the destinations of flights to Sana’a airport and increasing their number.

For eight years, the US-Saudi aggression has shown its lack of seriousness towards peace, playing with all agreements and pledges. The aggression’s agenda is still not serious about peace and the continuation of war and siege against the Yemeni people and increasing their suffering.

The truce comes in the context of an American need for the safety of the oil sources, the continuation of its flow to the European and American markets, and the danger of the continuation of the war over oil supplies. The US also needs to rearrange its tools and all the Yemeni people know all the details, and the political and military leadership is ready and vigilant.

Al-Nuaimi continues, saying: The United Nations has also for eight years played the role of a deaf-blind person who only hears or sees what Saudi Arabia, the Emirates, or America screams from, and does not listen or see the pain and the suffering of the Yemeni people except when searches for money.

This is the shameful role of the UN. The spy drones continue to fly over the capital, Sanaa, and the UN, which remained silent in front of material evidence, is still silent in the face of the flying of the spy drones and the continuation of daily violations of truce.

“As we are on the verge of the end of the UN-sponsored truce, the aggression did not abide by the truce and carried out about 10 raids, in addition to the continued flight of its spy drones over the frontlines, the skies of Yemeni cities and the capital, Sana’a,” said Dr. Farhan Hashem, member of the Executive Committee of the Anti-Aggression Parties.

He considered the downing of the spy drone in the public in Sanaa as a political message and a military message.

The military message is a translation of the statements of the Minister of Defense and the Chief of Staff in the celebration of the 32nd anniversary of Yemeni unity, that the national forces are able to confront the aggression at all levels and are able to to curb its violations.

He pointed out that the aggression through the violations and non-respect of the truce revealed that the US-Saudi aggression did not yet understand that Yemen has emerged from the guardianship, and that Yemeni lands and airspace are no longer open to foreign aviation.