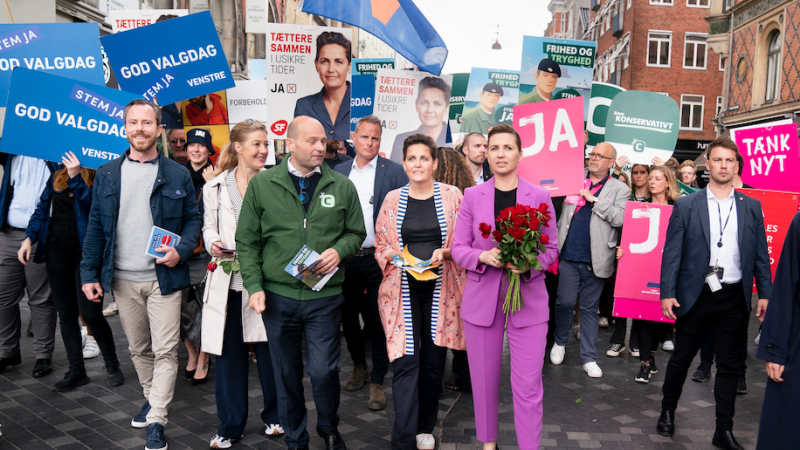 News - World: Denmark has voted overwhelmingly in favor of joining the European Union's common defense policy in a referendum prompted by Russia’s military offensive against Ukraine.

The vote on Wednesday, which was called by the Danish Social Democrat government, followed historic applications by neighboring Finland and Sweden for NATO membership last month.

According to the country’s electoral commission, 65.5% of Danes voted in favor of the move, while 34.5% were against it. The result will end Denmark’s 30-year opt-out from the common EU policy.

“Tonight Denmark has sent a very important signal. To our allies in Europe and NATO, and to (Russian President Vladimir) Putin. We’re showing, that when Putin invades a free country and threatens stability in Europe, we others pull together,” Danish Prime Minister Mette Frederiksen told cheering supporters, after the result was published.

“Denmark now can partake in the European cooperation on defense and security. And for that I’m very, very happy,” she added.

“Yet another important and timely step towards a stronger EU with an even stronger Common Security and Defense Policy,” Borrell said on Twitter.

Denmark’s decision was a “strong message of commitment to our common security,” European Commission President Ursula von der Leyen tweeted, adding that both Denmark and the EU would benefit.

European Council chief Charles Michel wrote on Twitter, “This decision will benefit Europe and make both the EU and the Danish people safer and stronger.”

Denmark secured exemptions from joining the common security and defense policy (CSDP) and the euro in a 1993 referendum, but the country’s premier said it was time to change tack.

The idea of Denmark’s involvement in EU defense policies was supported by Frederiksen and nine political parties. However, two far-right parties and one far-left party were opposed to it.

She also pledged to increase defense spending to 2% of GDP, in line with NATO membership rules.

“NATO will of course remain our most important tool, but the EU gives us another in securing our defense in the east,” the ruling Social Democrats’ defense spokesperson, Mogens Jensen, said.

“The world is changing, and not in a good way. We need to stand together and strengthen the cooperation that strengthens our security,” said Jakob Ellemann-Jensen, head of the opposition Liberal Party.

Wednesday’s vote would make Denmark the last of the bloc’s members to sign up to the common policy, as the war in Ukraine continues to reshape Europe’s security policy.

Putin has warned that Moscow would respond if NATO boosted military infrastructure in the two Nordic states.

Russia launched the military operations in Ukraine on February 24.

Western countries have responded to the Russian offensive by backing Ukraine with cash and heavy weaponry while imposing unprecedented sanctions on Russian officials and entities. Russia says it will halt the strikes instantly if Kiev meets Moscow’s list of demands, including never applying to join NATO.