Failure of the American-Saudi strategy for Lebanon 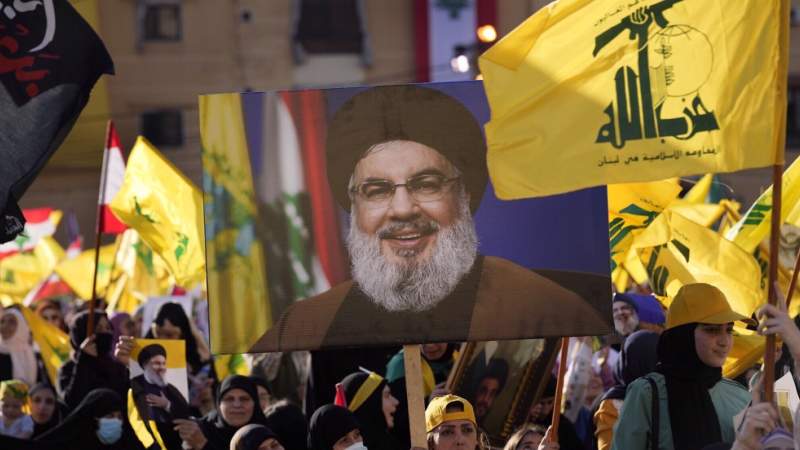 Middle East: The 2022 Lebanese elections sealed a victory for the Islamic resistance of Lebanon, in the same manner as the 2006 war did, due to America’s plot ending in failure. The objective of the 2006 onslaught was to remove the resistance from the military and political equation, to migrate the Shia’s and reoccupy South Lebanon, however the war ended and none of these targets were met.

Since then, the war against the resistance, spearheaded by America has transformed into an indirect confrontation, through the creation of tools such as NGOs, the funding of ‘civil society’ groups and imposition of sanctions. These efforts are occurring in the midst of a smear campaign to demonize the resistance and paint it as the root of all issues, such that it is rejected in the Lebanese arena, even by the Shia front that is placed in a weak position.

In fact, this is something David Schenker, ex-head Bureau of Near Eastern Affairs in the State Department disclosed in a recent interview, detailing the sanctioning of the Jamal Trust Bank and blows to Lebanon’s credit evaluation, the public dinners with Shia businessmen organized by agent Lokman Slim, with the aim of promoting economic activity to wean the Shia community from its dependence on the resistance, and support given to NED-funded tabloid, Janoubia.

Moreover, the ‘October Revolution’ of 2019 initially commenced under the title of meeting the peoples ‘demands’ and ‘reforms’, however, was quickly highjacked under the title of ‘demilitarizing the resistance’. The American Ambassador to Lebanon, Dorothy Shea has been operating as the election campaign coordinator since resuming her role in 2020, assigning roles to other ambassadors and creating the tools to support the American objective. That is, ensuring the election results signify the rise of an efficient front that can wage direct confrontation with the resistance. However, despite mammoth efforts in the millions, the results signify the American-Saudi axis has failed in this objective, as the campaign efforts have not resulted in the resistance’s defeat.

Since 2017, America has been preparing the grounds for a direct confrontation with the resistance, through utilizing effective figures as tools in the Lebanese arena. The Sunni arena has been regarded as the primary tool of confrontation since the grounds of sedition were being prepared for. Saad Hariri, leader of the Future Movement Party and former prime minister of Lebanon who had filled the Sunni sphere, was not considered an effective tool to head the confrontation with the resistance, through ratcheting up sectarianism that America wanted to weaponize into a civil war. As a result, he was put aside and the strategy was to fill the vacuum in the Sunni arena with substitute leaders. However this also failed and all the contradictions that were brought up between the Shias and Sunnis, to put a psychological barrier between the people and the resistance were not successful.

The reliance became on Geagea, head of the Christian Lebanese Forces. However the Sunni front found it difficult to make an alliance with Geagea, particularly considering his bloody history in the civil war against the Sunnis. As a result, the resistance gained more seats than it had lost in the Sunni areas and whilst there were MPs supporting the resistance that lost their seats, the overall objective of creating a strong Sunni front to physically confront the resistance in a direct war had completely failed.

In fact, opposition against the resistance has dispersed further in the Sunni front, whilst it was unexpected for the Christian Free Patriotic Movement, an ally of the resistance to gain as many seats, despite the American imposed sanctions on its representatives, such as Gebran Basil.

Whilst the main American-Saudi strategy for Lebanon has been to weaken the Islamic resistance in the political sphere, through creating an environment of hatred and placing a majority substitute in parliament to wage a direct war, all attempts since 2019 to secure the election results in America’s favor have failed. The elections were not a turning point of change, as the majority of change in their favor was created at a local front and the fight against corruption has also brought nothing, since most old faces remain.

Whilst the magnitude of support for the operation of change didn't occur, the election process crucially exposed the magnitude of outside infiltration and involvement, such as the Saudi ambassador who acted as the coordinator of the campaign, revealing the lack of impartiality through which it was conducted. This has also dealt a blow to the American-Saudi prestige since they have used all their cards of confrontation and have not been successful. This is whilst any loss in seats for the resistance and its alliance were partial and could be absorbed, not leading to a change in the balance of forces, and crucially revealing that the main file the resistance is concerned with is strategic issues, which are a matter of security and national sovereignty, and will continue to remain unaffected, no matter the majority is in power.