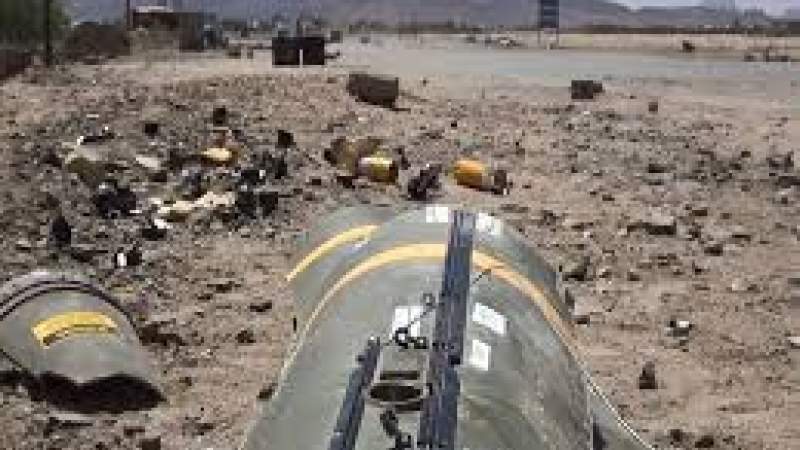 Yemen: The mines, cluster bombs, and the remnants of the prohibited weapons that the US-Saudi aggression dropped on Yemen continue to cause the death and injury of civilians, in various Yemeni villages and cities.

Where UN reports and international humanitarian organizations considered that Yemen is the most country that civilian casualties are recorded as a result of cluster bombs and remnants of war."

The US-Saudi aggression is turning Yemen into a minefield and the remnants of cluster bombs.

Last April, the Executive Center for Mine Action announced that more than 3 million cluster munitions have been collected in 7 years in 15 governorates and 70 districts in the country.

The head of the Executive Center for Mine Action, Brigadier Ali Safra, stated that Yemenis are facing a catastrophe and a trio of cluster bombs of various types, and we have detected 15 types of them used in air raids only.

This came during an event on the occasion of the International Day for Awareness of the Risks of Mine and Cluster Bombs, which was held by the National Committee and the Executive Center for Mine Action.

Safra added that the size and scope of the pollution spread makes Yemen second after the Republic of Laos, despite the big difference if the weapons used in Yemen are compared.

He explained that during the month of March, 42 casualties were recorded in the Yemeni governorates, stressing that this is a very large number, indicating that about 220 victims have been in Hodeidah governorate since the withdrawal of mercenaries from it in November last year.

Brigadier-General Safra considered that reducing the number of victims of cluster bombs in Yemen by international and human rights' reports is an attempt to vindicate the coalition and change the facts.

After examining the parts that were found at the place of targeting, the results showed that the weapon used in targeting the Hodeidah Electricity Corporation station on March 27 was a US-made JDAM bomb of the GBU-31 type, according to the center.

Executive Center for Mine Action indicated that among the civilian places and objects that were bombed previously in Yemen with this type of forbidden bomb are Equestrian Club in Sana’a in 2020, Hodeidah’s Asmaa School in 2015, Al-Baidha’s Al Khansa School in 2015, horse stables for the second time in November 2020, the Executive Center’s gathering area in Al-Sabah in February 22, 2022, Hodeidah Electricity in March 28, 2022, Mastaba Market in Hajjah in 2016, Al-Zaydiyah Security Department in Hodeidah in 2016.

The bomb causes immediate killing and splitting into small, lethal, deadly parts. Bomb injury requires amputation of the affected limbs because of its penetration of bones and tissues, causing deep burns, rupture of tissues, veins and arteries, and the occurrence of large bloody bleeding in the affected organs.

Such weapons are prohibited on legal grounds because depleted uranium is used in them. They are poisonous weapons with indiscriminate effects that do not distinguish between civilians and combatants and between civilian objects and military objectives. They also cause unnecessary suffering, and their use does not constitute a military necessity, in addition to causing widespread and long-term damage to the environment.

#US_Saudi_Aggression #Executive Center for Mine Action 22-06-07