Saudi-Backed Party Negotiating to Get Media Attention, No Plans to Open Closed Roads 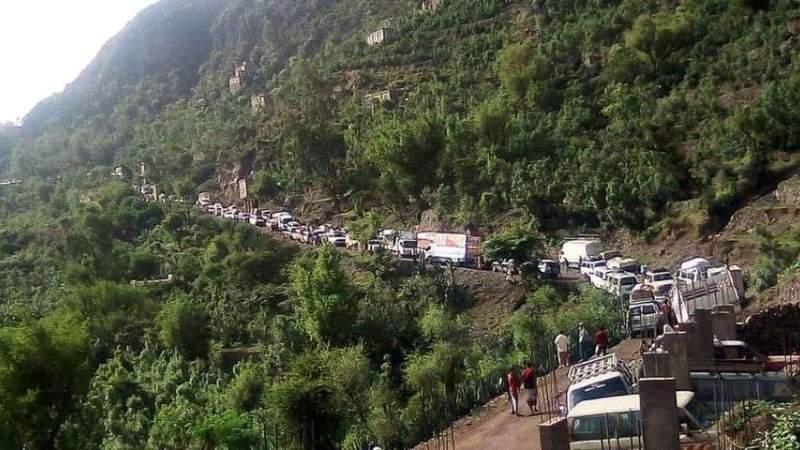 Yemen: The issue of opening roads in Taiz and the rest of the governorates is still stumbling despite the passage of two rounds of negotiations in the Jordanian capital, Amman, due to the intransigence of the Saudi-backed party, which rejects the proposals presented by the Sanaa Military Negotiating Committee and sets impossible conditions for opening these roads.

The Saudi-backed side’s intransigence pushed Sana’a to present a unilateral initiative to open three roads as a first stage, provided that this contributes to opening closed roads by the coalition in the rest of the other governorates, including Ma’rib governorate.

This was rejected, as the head of the Saudi-backed delegation in the Amman consultations, Abdul Karim Shaiban, confirmed that any attempts to open roads by the Sana'a party are undermining the Amman talks, according to his claim.

The intransigence of the US-Saudi aggression caused raising many questions about the intentions of it from the talks and its insistence on focusing on opening the roads of Taiz without other provinces, even though the recent UN-sponsored truce agreement did not provide for opening all roads, but rather opening roads without any designation or identification, which was confirmed by the Deputy Foreign Minister in The government of Sana'a Hussein Al-Ezzi.
The National side confirmed that the goal of the Saudi-backed party is to obtain a military loophole that would enable them to control the whole city, or not to open new ports because opening them would deprive them of the tax they impose on goods and tankers, which was confirmed by a member of the National Delegation, Abdulmalik Al-Ejri.
The intransigence of the Saudi-backed side and its impossible conditions during the two rounds of negotiations in the Jordanian capital Amman prevented any progress in this issue, which confirms that the aggression’s party does not want to alleviate the suffering of Yemenis but it seeks to achieve political and partisan gains in order to serve its military goals that it failed to achieve.
This is what was confirmed by the head of the Sana'a Military Committee, Major General Abdullah Yahya Al-Razami, during his meeting with the European Union Ambassador to Yemen Gabriel Monwera Vinales after the end of the second round of negotiations.
Hours after Major General Al-Razami announced these statements, the Sana’a Military Committee returned to the capital, Sana’a, accompanied by the Special Envoy to Yemen, Hans Grundberg.
Major General Al-Razami announced Sana’a’s readiness to open three roads, despite the other side’s demand of opening one road in Taiz.
Major General Al-Razami made it clear in his statement that the committee is waiting for the other side to be serious about implementing the initiative, which means that Sanaa threw the ball into the court of the other party, from which no statement has yet been issued confirming its readiness to implement the initiative.
#Taiz #US_Saudi_Aggression 22-06-11