Amid UN-Sponsored Truce, US Wages War, Siege and Starvation Silently in Yemen 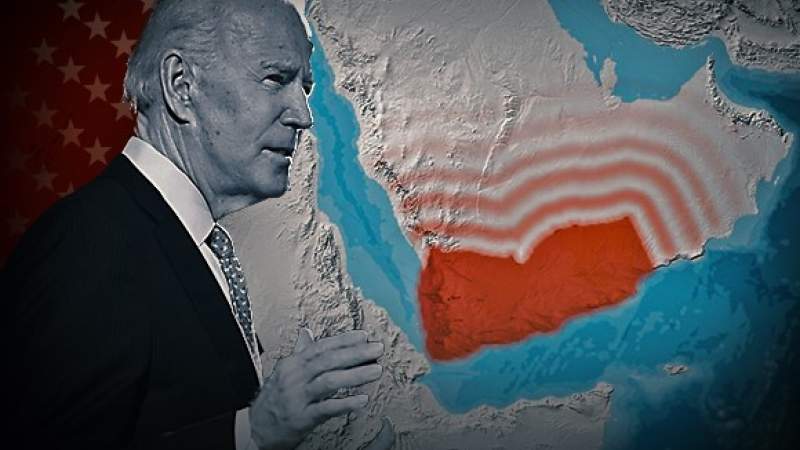 Yemen: The deliberate obstruction of truces during the Yemeni war reveals the real intentions of the US administration, which wants a continuation of the war, after the war in Ukraine forced it to approach its hegemony in the Middle East in a different way.

It is expected that, in light of the current truce, economic pressure, control of sea and air ports, and manipulation of Yemenis’ humanitarian issues will continue, as Washington is betting, on behalf of US-Saudi coalition, to achieve what the military operations have failed to achieve.

The US-Saudi aggression expects that the security calm will pave the way for the emergence of internal changes, or that demand and life issues will put great pressure on the political leadership in the capital, Sana'a.

Just as Washington intervened to support the aggression militarily and prevented Sanaa’s forces from oil resources, it played the same role during the UN-sponsored truce period, and perhaps later in the final negotiations a comprehensive solution will prevent Yemen from possessing the economic potential.

For this, decision-makers in the United States and the Gulf must understand the seriousness of Yemen in extracting economic and human rights, especially since Sanaa will press by all means to transfer the war from the economic aspects that Washington and its allies control in the region, to the military aspects that the Yemeni army is good at.

Although the US policy of starvation and siege on Yemen will only bring more misery, the United States is moving, at the present time, to adopting this policy as a fixed strategy in truces, as well as in final-status negotiations.

Against this background, the Deputy Foreign Minister of Sana'a, Hussein Al-Ezzi, warned the US-Saudi aggression of what is planned during the truce period.

Al-Ezzi said, in a tweet that the plan of the aggression will lead to dangerous and confusing repercussions on the Gulf region as a whole, and this will certainly not be in anyone's interest.

Therefore, it is not excluded, if the procrastination and attempts to perpetuate the status quo continue, that Sanaa will be forced to carry out a resounding slap to dispel the wrong bets.

In the media, the United States encourages the extension of the truce until it achieves its desired goal, and claims its keenness to preserve the truce and not to provoke the other party, or to slow down the rate at which fuel tankers unload their cargo in Hodeidah.

The US envoy to Yemen, Tim Lenderking, admitted that his country had a key role for the success of the truce and its extension, leading to negotiations for a comprehensive solution.

However, the facts on the ground contradict the American declarations, after it became clear that the US-Saudi aggression is deliberately activating it only in line with their interests limited to stopping military operations while maintaining the blockade.

It should be noted that the deal stipulates halting offensive military operations, including cross-border attacks, and allowing fuel-laden ships to enter Yemen’s lifeline al-Hudaydah port and commercial flights in and out of the airport in the capital Sana’a "to predetermined destinations in the region."

Restricting flights between Sanaa and Cairo to one flight constituted a provocation to the Yemeni people, after repeated announcements of the postponement of flights from Cairo to Sanaa, claiming that the Yemeni company did not obtain a license from the Egyptian authorities to land its planes coming from Sanaa.

Although those authorities responded to the request of Washington, the United Nations, and the “coalition,”informed sources told “al-Akhbar” that the Egyptian authorities are playing the obstructing role of the truce, in order to serve the interests of Saudi decision makers.