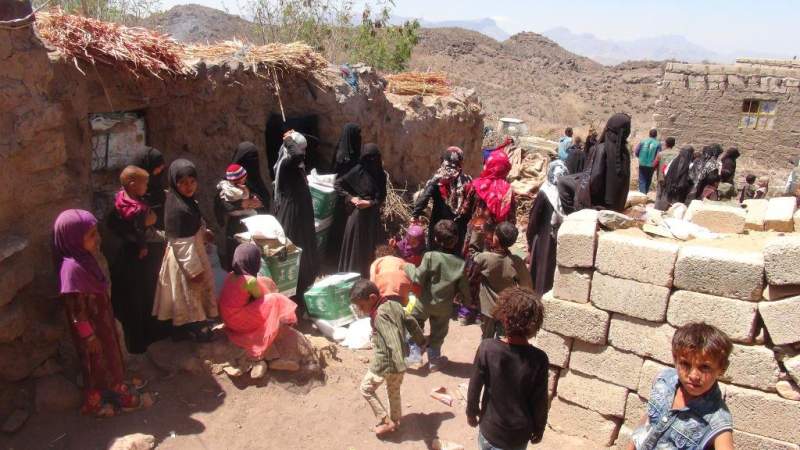 Yemen: The second anniversary comes of removing Saudi Arabia from the UN shameful “black list” of the children killers in Yemen, which was one of the greatest scandals for the United Nations against innocence in Yemen.

This decision was proof that the United Nations is complicit in all the war crimes committed by the US-Saudi aggression against civilians in Yemen, especially children, women and the elderly.

The hideous killings of children in Yemen by the US-Saudi aggression gave a clear picture of the global hypocrisy against poor peoples. It also revealed that the UN organization is not concerned with the interests of the people, as much as it is concerned with the interests of the colonial regimes that dominate it. The United Nations has become an umbrella that legitimizes the crimes committed by colonial regimes against people.

In this regard, former United Nations Secretary-General Ban Ki-moon said in a press conference held on June 9, 2019, that "the decision to remove Saudi Arabia from the list was one of the most difficult decisions he had to take."

He stressed that his decision to temporarily remove Saudi Arabia from the black list of shameful killers of children in Yemen is not a final decision.

Ban Ki-moon pointed out that Saudi Arabia exerted great pressure on the United Nations, and threatened to cut off aid provided by the Kingdom to Palestinian refugees.

Children Are the Victims

During the 8 years of the war, Yemeni children are the victims of this futile battle without any guilt, since the first day of the US-Saudi airstrikes on Wadi Ahmed and Bani Hawat in the capital, Sana'a.

Yemeni children have been subjected to war crimes by the aggression, such as killing, arrest, rape, deprivation of school and right to receive treatment, according to several reports of the United Nations and human rights organizations.

A report issued by the Yemeni Coalition to Monitor Human Rights Violations in Yemen, revealed a new statistic for the number of Yemeni children's victims over the past years.

The report published on June 4, on the “Twitter”, according to the Yemeni Press Agency, said that it had monitored the killing of 3,182 children, including 2,795 males and 387 females in about 20 Yemeni governorates.

The report stated that 973 children were killed by US-Saudi artillery and airstrikes.

In order to expose the complicity of the United Nations against the wasted right of childhood in Yemen, we will mention in this report only 10 crimes out of hundreds of inhumane crimes committed by the US-Saudi aggression against children in Yemen.

Napalm in Yemen
On June 8, 1972, the image of the “Napalm Child” aroused the world at the brutality of the crime that occurred to a Vietnamese girl who was running naked and screaming due to burns she was subjected to as a result of the bombing of her village by US warplanes and their use of the prohibited weapon of Napalm.

The image of “Napalm Child” was repeated in Yemen for a many Yemeni children who were running and screaming after burns suffered by the US-Saudi warplanes bombing the United Nations refugee and displaced persons camp in Hajjah governorate, with prohibited weapons.

On March 30, 2015, the US-Saudi warplanes killed at least 45 people, including women and children, and injured 250 others, including displaced Yemeni children and refugee children from Africa.

On August 25, 2017, the US-Saudi warplanes carried out a massacre in southwest of the capital, Sana’a, where the 6-year child Buthaina Al-Raimi lost in that crime, her parents and uncle “Munir” and five brothers.

The image of the injured little girl Buthaina trying to open her injured eye with her hand provoked angry reactions, and she was the best witness to the ugly crimes committed by the US-Saudi against the children of Yemen.

The little girl Buthaina did not seek to open her eyes with her hands to see the light and escape from the darkness of the monstrous darkness only as much as those attempts were a message from her to the world to open in their eyes to see what the children of Yemen are suffering from.

On June 26, 2018, US-Saudi warplanes targeted a bus carrying IDPs, in south of Hodeidah, killing 9 and wounding 11 others, most of whom were children and women.

On August 22, 2018, the warplanes bombed a house in Al-Durayhimi district, south of Al-Hodeidah governorate, killing 4 children, the next day, they killed 22 children and 4 women while were traveling to safe citis.

Massacres on Blessed Eid
On Eid, children in all countries of the world wear their new clothes, except in Yemen, where their children wear a shroud instead.

On June 6, 2019, the two-year-old girl, Maryam Amir, went to her grandfather’s house to spend the Eid days there, but the US-Saudi warplanes bombarded the house, killing the entire family.

Students and schools have had the lion's share of the crimes committed by the US-Saudi aggression against the children of Yemen.

On 14 August 2016, Médecins Sans Frontières reported that at least 10 children were killed in Yemen and 28 students were injured in US-Saudi airstrikes on a school in Haidan District, Sa’adah Governorate. 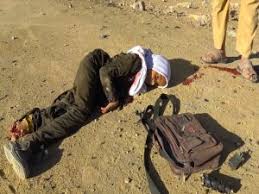 The girl, Ishraq, tried to crawl after the raids had amputated her feet towards her home to seek help from her family, but she couldn’t due to the severe bleeding resulting from the severe wounds she was suffering from.

The photographs that were taken of the body of the martyr Ishraq on the side of the road with one of her feet completely cut off depicted the tragic reality of the children of Yemen and the ugliness of the perpetrators of crimes against them amid the international community’s silence.

On August 9, 2018, the aggression bombed a school bus in a crowded market in Dahyan District, Sa’adah Governorate, killing and wounding more than 120 children.
On April 4, 2019, the coalition did not allow the students of Al-Ra’i School in northeast of the capital, Sana’a, to collect any of their school supplies, as the raids forced them to abandon them and leave them thrown in the classrooms, in the stairs and in the school yard, amid a state of great panic among the students and documented by many videos.
The crime claimed the lives of 13 schoolgirls, as well as the martyrdom of the displaced child Nasser Jahaf, his parents' only son, in addition to injuring 83 others, most of whom were schoolgirls.
Students in the capital, Sana'a, organized protests in front of the United Nations building denouncing the coalition's killing of their colleagues in Yemen, calling on the international community not to remain silent in the face of these crimes.
#US_Saudi_Aggression #Children 22-06-20