Gustavo Petro: Gen. Soleimani Architect of Daesh Defeat, US on The Wrong Side in Mideast 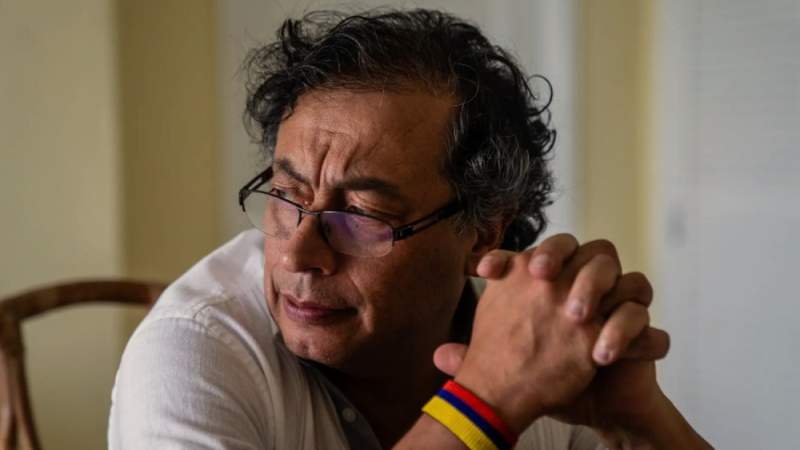 News - Middle East: Colombia’s first leftist president after a century of right-wing rule, Gustavo Petro, once praised Iran’s Lieutenant General Qassem Soleimani for his anti-terror efforts, while berating the United States for his assassination and supporting "the worst of the Middle East."

“Soleimani was the architect of the defeat of ISIS (Daesh),” the Colombian president-elect tweeted in January 2020.

The tweet came in response to a United States drone strike that assassinated the General Soleimani, commander of the Quds Force of Iran’s Islamic Revolution Guards Corps (IRGC), and his companions in Iraq, on January 3, 2020.

The general had helped Iraq and Syria defeat the Daesh terrorist group by leading the Iranian advisory support for the Arab countries’ militaries.

The US, however, showed its appreciation of Soleimani’s counter-terrorism genius and success “by assassinating him,” the tweet read.

“The US only strengthens the worst of the Middle East,” concluded Petro, who won Colombia’s presidency during run-off elections on Sunday.

Daesh emerged in Iraq and Syria in 2014, providing the United States with an excuse to extend its regional meddling.

Washington and its allies rolled into the Arab countries later that year under the pretext of fighting terrorism.

The military interference was, however, surprisingly slow in confronting the terrorists, despite the sheer size of the coalition that had enlisted scores of US allies.

Numerous reports and regional officials would, meanwhile, point to the US’s role in transferring Daesh elements throughout the region and even airlifting supplies for the terror outfit.

General Soleimani’s assassination was followed by thousands-strong commemoration rallies across the Middle East and beyond, and condemned by his supporters as being part of a campaign by Washington to continue propping up terrorism throughout the region.