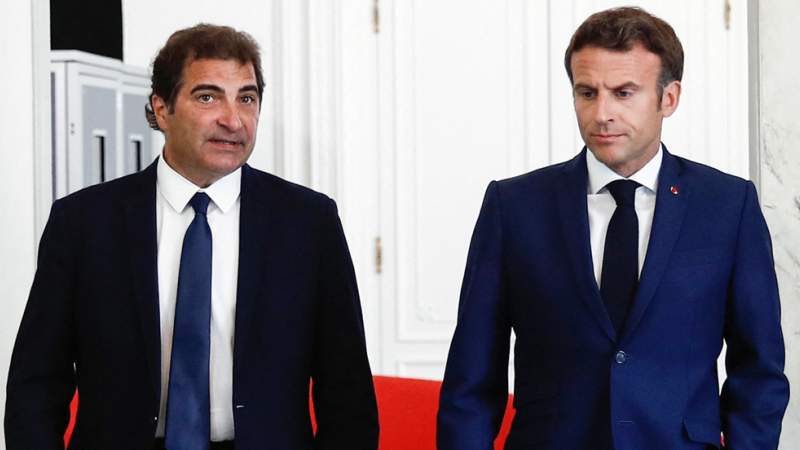 News - World: France's opposition parties have called Emmanuel Macron an "arrogant" president who was accountable to no one while his alliance held control of the parliament.

While Macron's centrist alliance won the most seats in Sunday's legislative elections, it fell well short of the absolute majority he needed to rule with a free hand during his second term of presidency.

The president hosted opposition leaders at the Elysee Palace on Tuesday and Wednesday, as he sought solutions for the political deadlock. He started Tuesday's discussions by meeting with Christian Jacob, the head of the traditional right-wing Republican Party (LR).

In a rare incident, the president will also host Marine Le Pen, his rival in the last presidential elections and leader of the far-right National Rally (RN).

The options available to Macron range from seeking to form a new coalition alliance, passing legislation based on ad hoc agreements, or even calling new elections.

Opposition leaders say they will support the president on a case-by-case basis, but that any support would come at a cost.

After a meeting, Jacob said that Macron was "the one who's been arrogant and now he calls for help."

Jacob said he had warned Macron in a meeting that clinching a coalition pact would be considered "treason" by Republican voters. "I told the president there was no question of entering into what could be seen as betrayal of our voters," he said.

He also said that it was up to the president to take a step in their direction and take their suggestions. The Republican Party would be "responsible" and would not "block the institutions," he added.

Faure also said his party could back some policy proposals, such as a substantial increase of the minimum wage.

"We have had a so-called Jupiterian period when the president decided alone and where he was not accountable to anyone," Faure told reporters. "From now on, because he does not have a majority, he is forced into accepting a bigger role for parliament... and it's rather healthy that he be accountable, negotiate, seek points of agreement," he added.

And a broad left-wing alliance altogether won the second-largest number of seats.

In the wake of the elections, Prime Minister Elisabeth Borne offered her resignation to Macron, but the president turned it down, the presidency said on Tuesday.

Macron believes the government needs to "stay on task and act," AFP anonymously quoted a presidential official as saying. The official said Macron would now seek "constructive solutions" to the political deadlock.

Macron, the first French president to win a second term in over two decades, had hoped to mark his second term with a program of tax cuts, welfare reforms, and raising the retirement age. All those reforms are now in limbo.