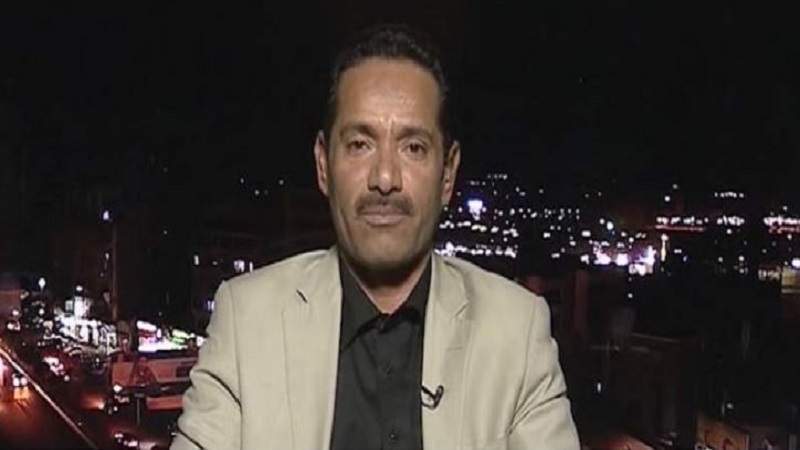 News - Yemen:  The director of Sana'a International Airport, Khaled Al-Shayef, confirmed that Sana'a Airport is fully prepared, and there are no justifications for delaying flights.

In a call to Almasirah, Tuesday, Al-Shayef explained that the airport administration did not receive any conditions or notes to do so, and the continued obstruction of flights by the coalition of aggression is unjustified.
He pointed out that the United Nations and other organizations remained silent about the aggression's obstruction of flights to and from Sana'a airport, stressing that the international organizations are not concerned with opening the airport to the Yemeni citizen because they enjoy the freedom to use the airport and their flights arrive continuously.
He pointed out that there are scheduled flights from Jordan, and 4 flights have been scheduled, which will be carried out from tomorrow until the first of July, indicating that the flights that have been scheduled benefit the citizens greatly, and their cargo will be fully utilized, unlike the flights that were previously carried out without scheduling.
He noted that the continued scheduling and announcement of flights helps alleviate the suffering of travelers and facilitate their reservations.

On June, 15, the head of national delegation, Mohammed Abdulsalam, stressed, Wednesday, that the continuation of the US-Saudi aggression in obstructing flights and seizing ships are negative steps that do not help the existing truce.

It is noteworthy that the US-Saudi aggression seized today a new gasoline ship - the second within 24 hours - and prevented it from reaching the port of Hodeidah, according to the YPC, in flagrant violation of truce agreement.

Earlier, The Director General of Sana'a International Airport, Khaled Al-Shayef, confirmed that the US-Saudi aggression does not have any justifications to disavow the implementation of what was agreed upon regarding flights to and from Sana'a Airport.

He explained that not scheduling flights and announcing them in sufficient time wastes the opportunity for citizens to travel and leads to the inability to book.

He pointed out that the US-Saudi aggression requests that the lists of passengers' names be uploaded 48 hours before the flight, which is not enough time.

He noted that the cancellation of the US-Saudi aggression last Wednesday, a flight from Cairo, caused a problem for Yemeni citizens wishing to return after their arrival from several countries.

He helds the UN responsible for scheduling and implementing the remaining flights on time, stressing that some patients were unable to return from Jordan as a result of the flight delays.

The Chairman of the Higher Medical Committee, Mutahar Al-Darwish, stated that after the extension of the truce, 1,600 patients were scheduled to travel, spread over 16 flights.

He explained that the US-Saudi aggression's obstruction of flights through Sana'a airport hinders the plans of the Supreme Medical Committee regarding the travel of patients.

Recently, the spokesman of YPC renewed the demand of the international community, Security Council, and international human rights to pressure the US-Saudi aggression and oblige it not to practice piracy on fuel ships.

The coalition of aggression continues its piracy, detaining fuel ships, and preventing them from entering the port of Hodeidah, despite obtaining permits from UN, which aggravates the humanitarian catastrophe due to the suspension of many vital service sectors, especially hospitals, electricity, water, cargo trucks, as well as waste trucks.
Since June 2020, the aggression and its allied government have continued to prevent fuel ships from entering the port of Hodeidah, except for a few ships that entered the port with a large time difference between each ship. Most of the ships left the place where they were being held by the forces of aggression, with their full cargo, after accumulating delay fines, exceeding the price of the cargo.
A suffocating fuel crisis in all governorates is experienced under the authority of Sana’a. Most of the important vital sectors, especially the health sector, are threatened with suspension, while work has been disrupted in many productive and service sectors, which caused economic losses of millions of dollars.
In early April, the UN special envoy for Yemen, Hans Grundberg, announced the nationwide ceasefire, for the first time since 2016, saying the two-month truce would be eligible for renewal with the consent of parties. The truce meant to halt all military operations in the country and to bring the foreign military invasion to an end.
UN Secretary-General Antonio Guterres said the truce "must be a first step to ending Yemen’s devastating war," urging the warring parties to build on the opportunity to "resume an inclusive and comprehensive Yemeni political process."