Sadr: Iran Neither Meddled in Iraqi Politics Nor Put Pressure on Any Shia Party 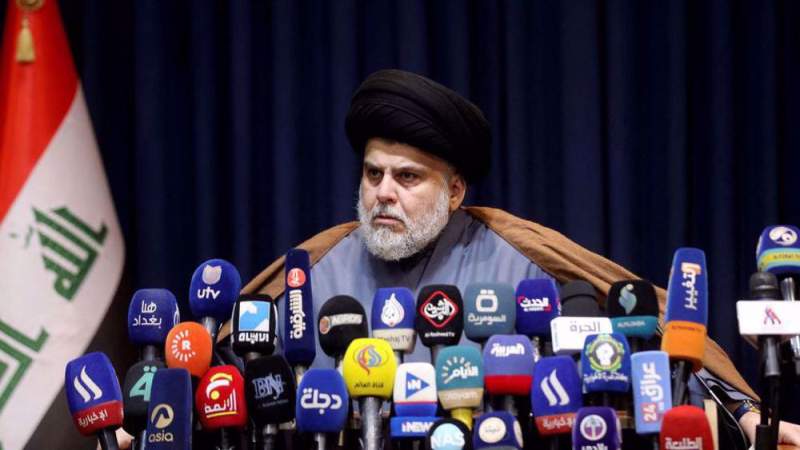 News - Middle East: Prominent Iraqi Shia cleric Muqtada al-Sadr on Wednesday said the Islamic Republic of Iran has never meddled in the internal political affairs of Iraq and has not put pressure on any Shia group in the Arab country, dismissing insinuations fanned by rabble-rousers.

According to a report published by the official Iraqi News Agency, the 47-year-old leader of the Sadrist political party stressed that Tehran has never imposed anything on any Shia group in the neighboring country.

He rejected “false” and “untrue” claims that his party members withdrew from Iraq's Council of Representatives under threat from Iran.

On June 11, lawmakers loyal to Sadr resigned from the Iraqi parliament in order to break a political deadlock that has prevented the establishment of a new government nearly eight months after last parliamentary elections.

The Iraqi News Agency reported at the time that members of the movement handed in their resignations in al-Hannana, the headquarters of the political party in the holy city of Najaf.

Earlier, Sadr had called on all lawmakers loyal to him to “pen down their resignation,” stressing that they "won’t disobey me.”

“The country’s reform will only take place with a national majority government,” he said in a televised statement on Thursday. “If the survival of the Sadr bloc is an obstacle to the formation of the government, then all representatives of the bloc are ready to resign from parliament.”