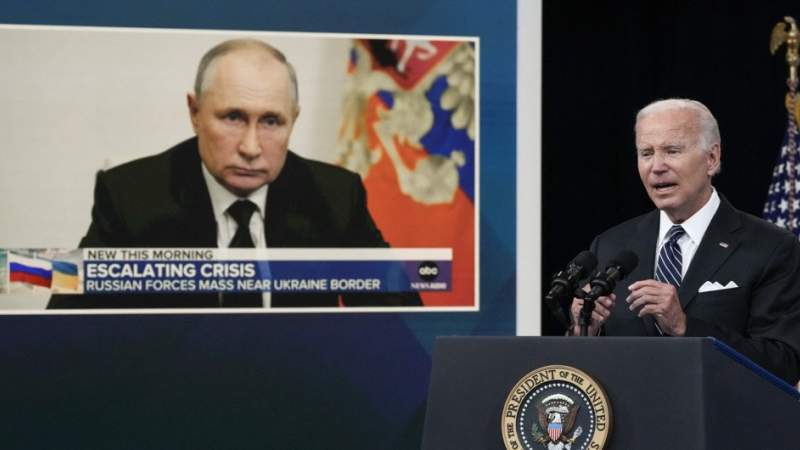 News - World: President Joe Biden has blamed Russia for the record-high gas prices in the United States, while pressing Congress to temporarily suspend the federal gas tax to give Americans “just a little bit of breathing room.”

Biden on Wednesday admitted that “the gas tax holiday alone is not going to fix the problem,” but called on Congress to pass legislation for a three-month tax break.

“By suspending the 18-cent gas tax, federal gas tax for the next 90 days, we can bring down the price of gas and give families just a little bit of relief," he said in a speech from the White House.

Lawmakers have so far appeared unwilling to give his plan the green light.

The president also called on state governments to suspend their own taxes for the same period.

A handful of states including New York and Connecticut have already suspended fuel taxes. But some 46 states have yet to act.

Biden’s decision came as gas prices, averaging near $5 per gallon, had gone up almost $2 a gallon since the start of the war in Ukraine in February.

Critics have questioned the effectiveness of suspending the federal gas tax, dismissing the idea as an attempt by the White House and Democrats to show that they are attentive to the public’s financial pain.

Economists also criticized the proposal as a wasteful step on the part of the government.

Biden has already admitted that his administration is unlikely to be able to sufficiently reduce the cost of gasoline in the country in the short term.

The Democratic president placed an embargo on Russian oil earlier this year, shortly after Russian President Vladimir Putin declared a military campaign against Ukraine on February 24.

In addition to the oil embargo, Washington and its Western allies imposed unprecedented waves of sanctions on Moscow. The sanctions have sent the prices of grain, cooking oil, fertilizers and energy skyrocketing.

Biden, who has increasingly tried to deflect criticism of his handling of the economy, once again on Wednesday blamed Moscow for the rising fuel prices.

"This is a time of war, global peril, Ukraine — these are not normal times," he said, addressing the oil companies, urging them to “bring down the price."

Responding to criticism from the Republican Party, the president also defended his actions regarding the war in Ukraine, including the highly disruptive sanctions on Russian energy exports.

“Are you saying that we would rather have lower gas prices in America and Putin’s iron fist in Europe?” Biden said. “I don’t believe that.”

Republican National Committee chairwoman Ronna McDaniel, however, dismissed the president's speech, saying, "No one is buying Biden's gimmicks, yet Americans are paying the price for his anti-US energy agenda."

Russia's president has previously described West's sanctions on his country as a double-edged sword.