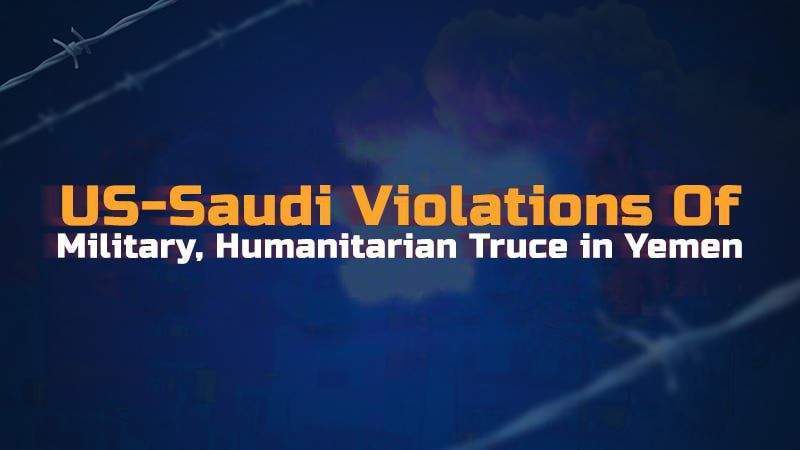 News - Yemen: The US-Saudi aggression and its mercenaries committed 175 violations of the humanitarian and military truce during the past 24 hours, according to military source.

The source indicated that the violations of the forces of aggression included 64 flights of spy drones and war planes on Hajjah, Al-Jawf, Sa'adah, Al-Dhale'e, Marib, Al-Baidha'a, Taiz and border fronts.

The source confirmed that US-Saudi mercenaries developed new Military fortifications in Marib, Taiz and Jizan. They also carried out an attack towards Army and Committee sites in Taiz.

It pointed out 29 violations were recorded by missiles and artillery shelling on Army and Committee sites in Al-Baidha'a governorate.

The source confirmed monitoring 73 violations of shooting at the homes of citizens and the sites of the Army and Popular Committees in Marib, Taiz, Al-Dhale'e, Sa'adah, Al-Baidha'a and border fronts.