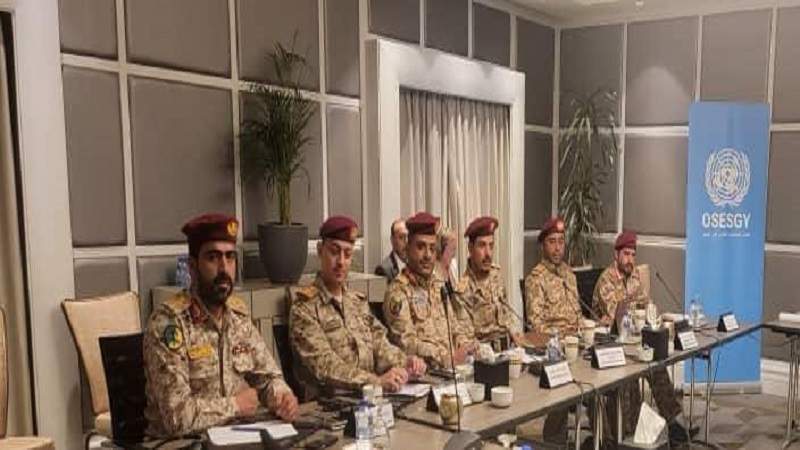 News - Yemen: An official source in the National Military Committee confirmed, Thursday, that the committee handed over to the United Nations a proposal to open roads in Taiz and some Yemeni governorates. The source indicated that the response included the readiness to open the roads in stages, provided that the first stage begins by opening two roads immediately, and then the committees continue the discussion under UN auspices to complete the rest according to the agreement.

The source added that the first road includes the opening of the Salleh-Abaar-Al-Sarmin-Al-Dimna-Al-Hawban-Sana’a road road, and the second road is the Lahj-Aden road (Al-Sharija- Karsh- Al-Rahda- Al-Hawban- Sana’a line).

General Al-Razami handed President Al-Mashat a detailed report on the proposals submitted by the United Nations to open roads in Taiz and the others of governorates. President Al-Mashat expressed his appreciation for the efforts of the Military Committee for its distinguished role to alleviate the suffering of Yemeni people.

Recently, Razami indicated the readiness of the National side to implement the initiative that was unilaterally presented, with the aim of progressing in the negotiations.

He called on the representatives of the United Nations to go with the Committee to Taiz Governorate and examine the reality to prove the seriousness of the National side to know the party obstructing the opening of humanitarian outlets.

The National Salvation Government announced the implementation of a unilateral initiative, to raise the earthen barriers in preparation for the opening of a road inside the city of Taiz.

In its request to extend the two-month truce, the United Nations focused on opening major roads in Taiz and identified them before any agreement with the committee and wanted to prove them in extending the truce. It was not interested in completing the basic requirements of the truce before any other discussion, or at least the commitment to implement the rest of them, such as the number of flights.

The Special Envoy of the United Nations Secretary-General for Yemen has submitted a proposal to gradually open roads, ensuring an implementation mechanism and guarantees for the safety of civilian travelers.

He called on the two parties to "conclude their internal deliberations urgently and achieve positive results for the Yemeni people."

Grundberg stressed that "the importance of lifting restrictions on the freedom of movement of people and goods is not limited to the positive impact of alleviating the suffering of Yemenis and reviving their economy, but will also help enhance confidence in the political process."

Negotiations of opening roads in Jordan are without outcomes after a 2-day discussion. The National Committee says that the talks do not go beyond limited roads in Taiz.