Raeisi: US, NATO Presence Only Brought Death, Destruction to Afghanistan 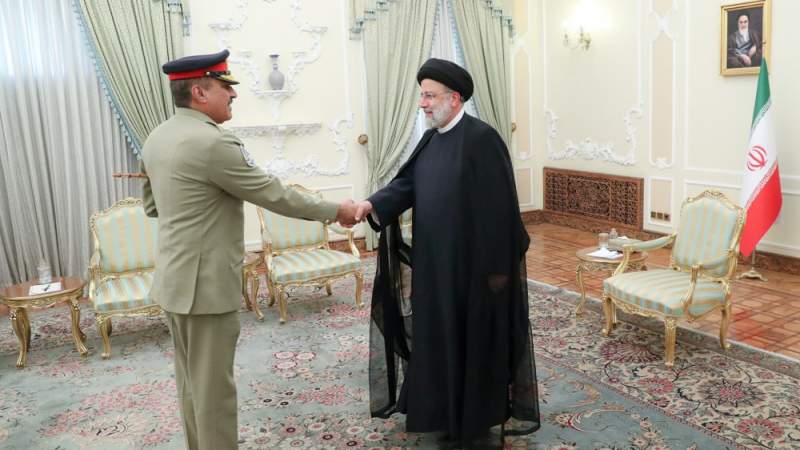 News - Middle East: Iran's President Ebrahim Raeisi says two decades of the military presence of the United States and the North Atlantic Treaty Organization (NATO) brought nothing to Afghanistan but bloodshed and destruction.

Raeisi made the remarks in a meeting with visiting Chairman of the Joint Chiefs of Staff Committee of Pakistan General Nadeem Raza in Tehran on Tuesday.

“It is imperative that the Taliban form a broad-based government in Afghanistan in a way that all ethnic groups participate in it to bring peace and development to the country," he said.

The Pakistani general, for his part, described Iran as a close friend of his country and noted that numerous diplomatic visits of Pakistani officials to Iran in the past month proved Islamabad's keenness to boost relations with Tehran.

In a phone conversation with Iranian Foreign Minister Hossein Amir-Abdollahian late last month, Pakistan’s new Foreign Minister Bilawal Bhutto-Zardari said Islamabad is determined to strengthen cooperation with Iran, particularly in the economic sector, expressing hope for a removal of obstacles in the way of enhancing ties.